Future of London’s latest Housing Seminar ‘What next for affordable housing?’ played to a packed audience, reflecting the timeliness of this topic for London’s housing practitioners. Themes that resonated through the discussion included the likely scale of future challenge, need for a collaborative approach and importance of working now to be adequately prepared for future funding. 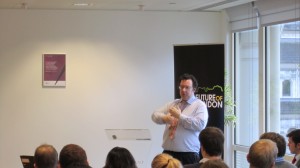 Richard Blakeway of the GLA began by assessing the current situation. There are due to be 54,000 affordable housing completions by the end of this investment round, a 46% increase in starts compared to the previous round, and more than the target set in the London Plan.

Looking ahead, Richard stressed the need to frame the housing debate in the language of the Coalition Government: housing is critically important to the economy and to employment. Furthermore, London’s housing market benefits grown nationwide due to its supply chains. He also talked about the need to optimise the potential of HRA reform, and to incentivise public land owners to give land for housing through equity of deferred receipts. He concluded with the importance of collaboration between GLA and London Councils if a collective case was to be made, and the need for preparation – to be ready for the next round of funding in 2015, a new model needs to be worked out late 2013.

Nigel Minto of London Councils agreed with Richard on the timing, emphasising the need for a new model to be in place before the next comprehensive spending review is announced. Considering the increased pressures of overcrowding, homelessness and reduced access of the future, he suggested that a hybrid programme of funding will be the most likely scenario, as major investment programmes will no longer be available. Such a hybrid could potentially include top-ups from CIL, New Homes Bonus and TIFs, together with borough funds through prudential borrowing. He also suggested models that the GLA could contribute to the mix, such as a GLA Housing Bank, deferred equity of GLA land and even a redirection of Mayoral CIL. 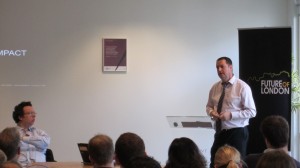 David Gooch from Sanctuary Housing spoke briefly about the experiences of a registered provider. He explained that they have grown used to the current model, despite its shortcomings, but forecast a smaller number of players working on a mixture of housing types in the future. As a nationwide organisation that also operates in London, he recognised the distinctive challenge London faces of high competition development coupled with huge need. A collaborative approach between the Mayor, boroughs and providers is necessary to face this.

Dennis Seal from Kier Housing responded to these presentations with reflections on the potential funding picture for future development, emphasising the importance of attracting new institutional investment to support development.

Following questions on appraisals and conversions, Richard announced that supplementary planning guidance on housing and affordable rent, which would confirm tenure split and how schemes are appraised, would be published in two weeks. GLA would be pushing for early engagement between developers, registered providers and planners, in order to understand the resources available.

See below for Nigel Minto’s slides from the day.

1 thought on “What next for affordable housing?”