Central government’s new model for funding affordable housing (the ‘Affordable Rent Model’ or ARM) is working in London, but faces serious problems that threaten its future viability. That’s the conclusion of the first major ARM research project, launched today by Future of London, the capital’s independent network for housing and regeneration professionals.

Our report ‘The Affordable Rent Model in London: Delivery, Viability, Potential’ was launched this morning at a well-attended event held at the offices of Lewis Silkin and chaired by David Lunts, GLA Executive Director of Housing and Land and chair of Future of London.

Lead researcher Andrew Heywood presented key findings, conclusions and recommendations to the housing providers and decision-makers in the audience. Mark Baigent (Project Director, Housing Services, RB Greenwich) responded to the findings from the viewpoint of a local authority, and Daniel Arnold (Senior Policy Officer, Peabody) added the perspective of a housing association.

Designed by government as a way to fund new affordable housing with lower capital grants, higher rents and flexible tenancies, the Affordable Rent Model replaces the old system that made much larger capital grants in return for lower ‘social’ rents.

The report has been prepared by housing finance expert Andrew Heywood with funding support from the Oak Foundation, and is based on the first comprehensive analysis of data from the GLA and DCLG, together with extensive interviews with leading industry participants.

This combination of factors – especially who is being housed and how their ability to pay the new rents is being affected – was cited by interviewees across the spectrum as making “affordable rent” unaffordable for many London social-housing tenants, and a high-risk proposition for providers.

The report makes a number of recommendations for changing the ARM beyond 2015, including treating it as a more explicit ‘intermediate’ tenure for people in low-income employment (so not subject to welfare caps) alongside provision for benefit-dependent households at more traditionally subsidised ‘social’ rents.

Despite being well below the maximum permissible of 80% of market rent, and below the GLA’s assumed average of 65%, ARM rents are still typically 40% higher than social rents. Since ARM residents are overwhelmingly dependent on housing benefit to meet their rents, it seems inevitable that the national housing benefit bill will rise under the new system, despite government intentions.

Housing associations are generally working to deliver what they can to “stay in the game”, as one interviewee put it. At the same time, London boroughs are approaching ARM in different ways. The London Borough of Islington rejected ARM entirely, questioning its affordability for the authority’s low-income households, while other boroughs are adjusting the model to deliver their own social-housing priorities.

So far, ARM has been delivered in its largest numbers in Outer London boroughs and eastern boroughs, where property values, available land and the smaller gap between social and ARM rents make the programme more viable.

“As one might expect, Affordable Rent presents many challenges for London with its high development and housing costs, and this report makes a set of cogent recommendations for future policy that take account of the capital’s very particular circumstances. The report will generate a welcome debate about the future shape of housing policy in London.”

Researched over six months, the report is based on current housing data, candid interviews with local authorities and housing associations, a series of research seminars and a detailed literature review. It also includes a series of case studies on approaches to delivery.

The full report is available to view and download here.

An executive summary of this report can be accessed here.

The slides from this morning’s event are available below.

The report was funded by the Oak Foundation Housing and Homelessness Programme. The Oak Foundation is a group of philanthropic organisations which, since its establishment in 1983, has given more than 2,700 grants to not-for-profit organisations around the world. Oak Foundation commits its resources to addressing issues of global, social and environmental concern, particularly those that have a major impact on the lives of the disadvantaged. 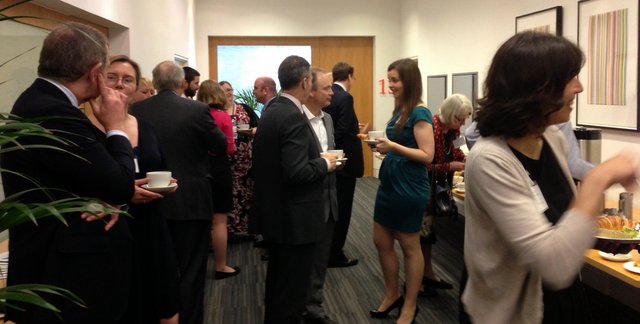