With London’s population likely to hit 10 million by 2030, the GLA, TfL and London boroughs face increased pressure to expand their infrastructure to meet demand. The Mayor is currently working on an infrastructure plan for London, due in Spring 2014, which will outline what infrastructure is needed and how it will be provided. The key question is: how will we pay for it all?

There are a range of options public bodies can use to fund capital projects at the local level, and large projects will inevitably use combinations from several sources. Still, none of these options are simple, and some can be “politically toxic” as one speaker put it. Local authorities must balance the need for income streams secure enough to allow access to finance with being flexible enough not to halt development outright.

On 24th October, Future of London addressed the topic in our second Breakfast Bites seminar, Forecasting Infrastructure Funding, hosted by Lewis Silkin. We were joined by speakers – and audience participants – with extensive experience of navigating large-scale infrastructure projects and securing the funding to deliver them.

All speakers agreed that financing these projects is complex and requires access to multiple revenue streams, as no single measure is able to cover construction and running costs for major works. 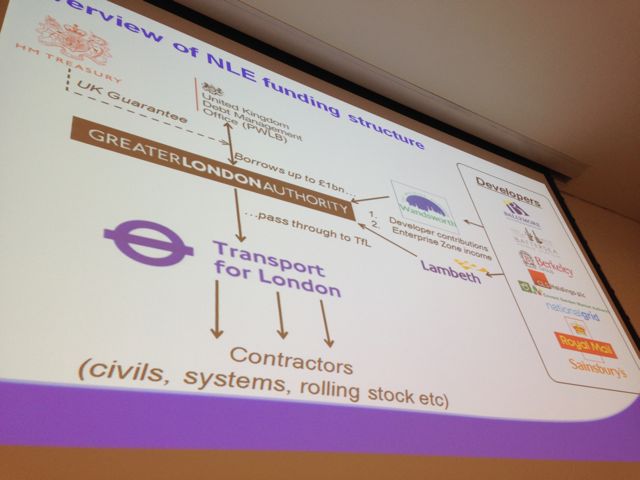 Tom Burton-Page outlined the tools available to Transport for London and gave an overview of the packages that support infrastructure projects such as the Northern Line Extension in Battersea and Crossrail (see Burton-Page’s presentation below for detail).

These funding packages involve multiple methods and sources, such as Enterprise Zones (a form of Tax Increment Financing), business rate supplements, the Community Infrastructure Levy, user tolls and fares, and agreements with developers, and require authorities to negotiate with multiple stakeholders – in the main, central government, the GLA, local authorities and developers.

One unknown in the mix is the Community Infrastucture Levy. The three-tiered Mayoral CIL introduced in 2012 to help fund Crossrail has been widely accepted, but as borough-level CIL leapfrogs across the capital, it’s early to say what its full effect will be – on the built or public-funding environment. Lewis Silkin’s Judith Damerell noted that take-up so far has been very uneven, and while the results of a further consultation are due in 2013, there will likely be many legal challenges in store before the final parameters of CIL are properly understood.

CIL should eventually offer greater certainty to developers regarding their obligations at the authority level, but Damerell said that so far, the system has been implemented at different speeds and in different ways – for example, some authorities will charge variable CIL rates depending on use while others will charge a flat rate.

One benefit all agreed on was that the shift from flexible, negotiable Section 106 planning obligations to the structured and evidence-based “shopping list” of community needs required for CIL has encouraged local authorities to develop coherent infrastructure plans. There is a learning curve here too – one participant noted later that they hadn’t included flood mitigation on their list, potentially missing out on a chance to cover the cost of relevant Environment Agency projects. 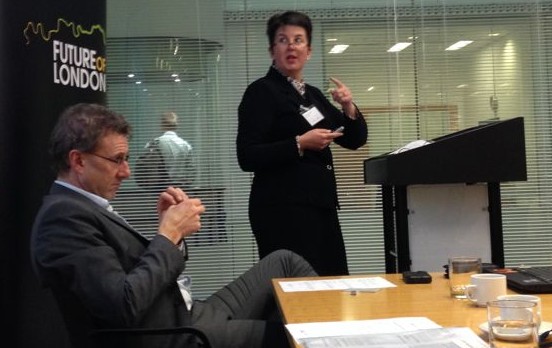 LB Ealing’s Pat Hayes, a veteran of borough and TfL project delivery, also touched on local authority capacity, lamenting the loss of negotiating skills that a formulaic approach like CIL could mean for boroughs.

At the same time, he proposed an additional or alternative approach to the infrastructure question, arguing that unquestioned expansion shouldn’t always be a default position. Travel demand management and behavioural change have an important role to play, especially when funding is scarce and local authorities also have to enable the growth of education and healthcare infrastructure.

Measures such as promoting cycling and walking have the potential to drastically reduce our reliance on road and rail networks, most of which are already operating at capacity. In the longer term, a better balance of employment between inner and outer London would also relieve strain on transport infrastructure and delay the need for costly capital programmes.

As the London infrastructure plan process gathers steam, it is clear that a variety of funding approaches need to be considered – tied to demand, scale, partners, risk and outcomes – and that a broad range of actors will want to be heard.

The seminar speakers were:

This event was kindly hosted by: