As the Rayners Lane Estate in LB Harrow nears the end of a major 12-year regeneration programme, we caught up with Home Group’s Head of Design (and Future London Leaders graduate), Dhruv Sookhoo, who spoke to us about Home Group’s work on the estate, and how it has benefitted those living there.

Rayners Lane Estate is the largest housing estate in LB Harrow – built in the 1960s on a site covering 17 hectares, the estate became increasingly dilapidated over the decades, and in 2001 partners were sought to upgrade the estate.

Home Group was chosen as preferred bidders for the regeneration of the estate, and drew up plans to demolish and replace 500 homes, adding another 300 in the process. The plans were split into nine phases, the last of which is due to be completed in 2014, and 44 properties were retained and refurbished.

Dhruv emphasised the key role the community has played throughout the design process. Tenants’ input was sought at each stage of development and the Rayners Lane Estate Committee was formed in 2002 to provide formal representation for tenants across a range of issues.

David Herbert, the committee’s chairman and leader of the Roxeth Green Free Church, praised the work done on the estate over the 12-year period:

“The regeneration programme has made a huge material difference to the lives of tenants. I remember the homes before rebuilding and some were, frankly, awful. Dampness, dinginess and poor insulation meant for unpleasant living for lots of people here and the reputation of the estate mirrored the living conditions.

“The new homes I’ve seen are excellent and Home Group deserves praise for exceeding what they had to provide. They have built some lovely flats and houses which are warm, dry, spacious and with a high spec for social housing.”

All of the new housing meets the Secured by Design standard and a significant number also meet the Lifetime Homes standard, making them suitable for older tenants (the new estate received a Silver Building for Life award from CABE under the 2008 version of the standard). Buildings also meet high sustainability standards (the latest phase is Code for Sustainable Homes Level 4) and include photovoltaic roof panels to generate electricity. 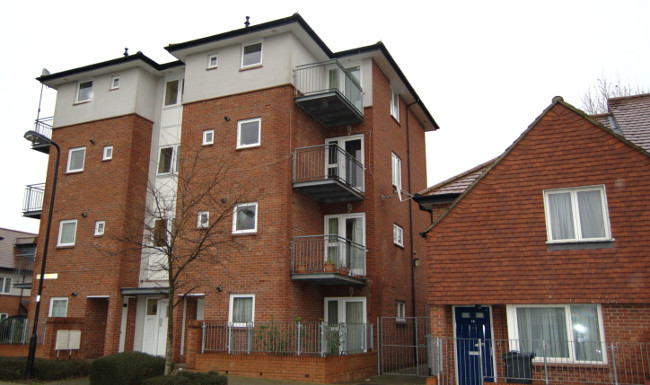 Home Group has made a point of ensuring a continuity of consultation and engagement across the successive phases of the scheme. Dhruv said:

“We are most proud of the sustained effort we have made, and proud that our customers have consistently responded to bring life to the project … the added value that comes from having well-informed tenants with a long-term understanding of design, construction and financial constraints should not be underestimated.”

As the programme advanced, residents became better equipped to express their views on proposals for the estate, and plans for a seven-storey tower were scaled back after the community expressed concern that this would affect the suburban qualities they valued in the area.

Given their Outer London location, Rayners Lane residents were keen to maintain the suburban, low-density feel of the estate, and to maintain a high level of family homes. With relatively few family homes being built in suburban areas, the new units have been popular, with a significant number of private purchases coming from within the borough.

Residents have ongoing input into the management of the estate through the Rayners Lane Estate Committee, where tenants are represented alongside members of Home Group, Harrow Council, local councillors, and independent community leaders. Part of the committee’s role is to monitor and input into the regeneration programme.

Another initiative that Home Group is proud of is the involvement of the estate’s teenagers in designing the play space on the estate – pupils from the local secondary school were given a hands-on role in developing the space and gained an insight into the planning and construction process. 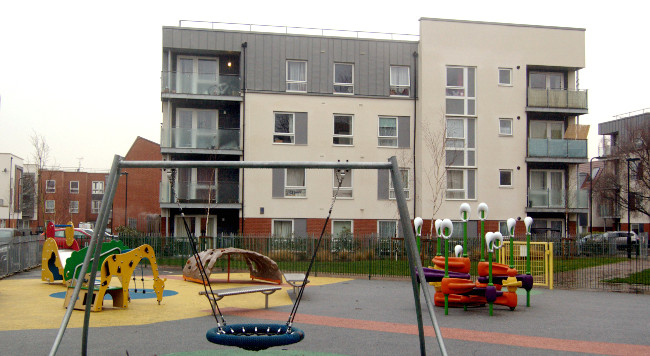 At a recent talk in Newcastle, Dhruv spoke of the importance of creating a positive legacy on the estate, so that children and young adults have a role to play in the development of the community.

The programme has provided new shops and open spaces on the estate, but the centrepiece of the regeneration effort is the new £2.7m community centre, The Beacon, which provides a multi-purpose space for sports, education and leisure activities. In partnership with Harrow College and specialist outreach programmes, the centre runs activities for children and adults on the estate, including sports and a range of education and skills training workshops. 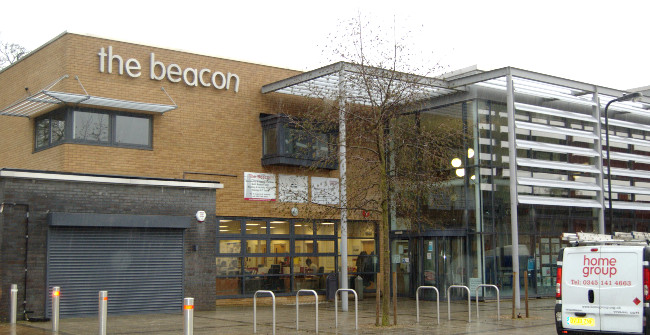 David Herbert says that Home Group’s attitude to social regeneration has been to support grassroots initiatives. Where necessary they have brought in expert help from outside, but the community has always been included as equal partners.

“In my experience, Home Group has understood that bricks and mortar alone are not going to provide all that the Rayners Lane Estate needs. They have invested heavily in community development and not been afraid to match fund and financially kick start new ideas and initiatives.

“Not all of them have been successful, but that’s to be expected – complex social problems often mean complex and creative solutions, and Home Group has been open to investing in grass roots suggestions.”

Residents have experienced a significant drop in crime on the estate since the start of the regeneration programme. Reported crime dropped from 127 incidents in 2004 to just 29 in 2011. The Beacon Centre has had a key role to play in this – by giving young people activities to get involved in and working with local police and council officials to prevent the re-emergence of the gang problems that had previously troubled the estate. 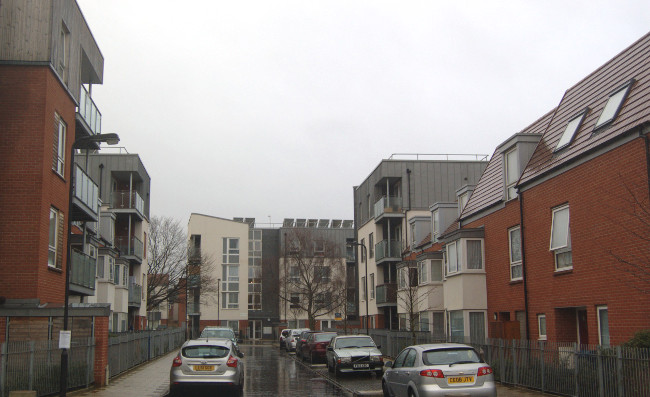 David sums up the progress made so far: “The people on the Rayners Lane Estate who have had the stigma of living on a ‘sink estate’ with all the negative connotations associated with that now have homes they should have – comfortable, attractive, well built.

“The vision for the estate is for genuine local community, where people prosper and have a real shot at fulfilling their potential and living well. We’re not there yet, but a lot of good people are committed to moving things in the right direction.”

The final phase of the project is due to be completed in late 2014, and will deliver 152 homes for private sale, which will contribute to the costs of the regeneration programme. It will also include a public greenway linking the estate to the neighbouring ecology park.