On February 25th, candidates from Round 7 of Future London Leaders visited King’s Cross to see how one of Europe’s largest redevelopment projects is progressing.

When complete in 2020, the mixed-use King’s Cross scheme will provide housing for 45,000 people, a range of office buildings, and 26 acres of open space – all on the doorstep of King’s Cross and St Pancras stations, with access to six Underground lines, national rail, and Eurostar. 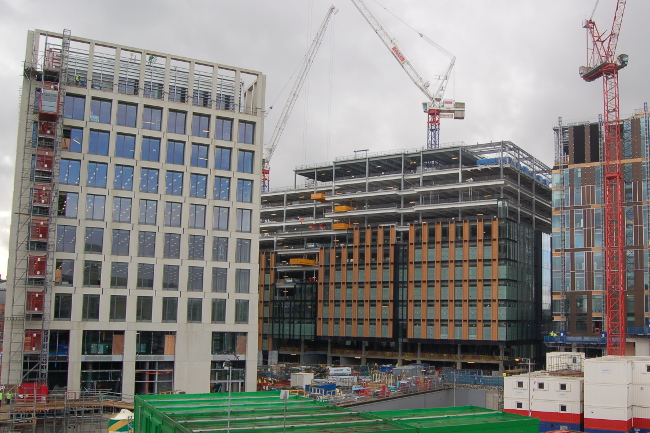 Linda Redmond, of the King’s Cross Visitor Centre, gave FLL candidates an overview of the site’s history and the different schemes already completed and under construction. The group was joined by Clare Hebbes, Senior Projects Director, Argent Services LLP, who answered questions on the planning and development process.

The development is being delivered by the King’s Cross Central Partnership – a partnership between developer Argent and landowners London & Continental Railways and DHL. Planning permission was granted in 2006, but the 2008 recession slowed activity on the site.

During the downturn, the social housing developments at the north end of the site were completed and Central St Martins moved into the renovated grain storage warehouse at the centre of the site – a venue that one FLL candidate noted has been a focal point in drawing the public into the area.

Now that economic confidence has increased, several office buildings are  nearing completion, including the striking One Pancras Square. Plans for Google’s European HQ are also moving forward, with the 2.6-acre block due for completion in 2016. Most buildings on the site are limited to 10 storeys, to protect the viewing corridor between Parliament Hill and St Paul’s Cathedral.

The large site incorporates several heritage buildings, including the central storage sheds, gasholders, and coal drops left over from railway uses, and the pioneering German Gymnasium.

With the long time needed for full development of a site this size, KCCP have encouraged meanwhile uses, such as street food traders, a roller disco, and screenings of summer sports events. 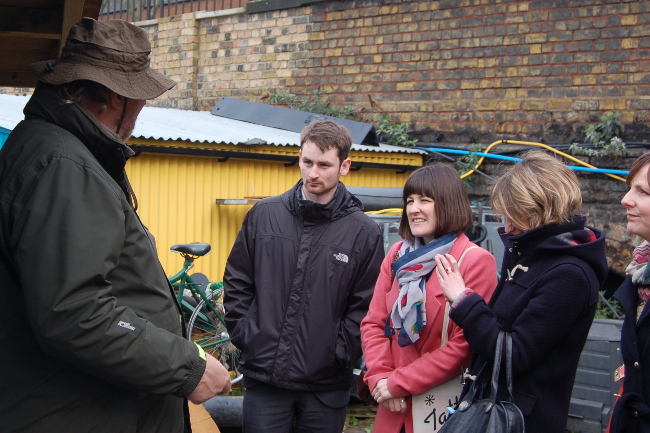 Another meanwhile use with strong links to the local community is the Skip Garden. Using materials supplied by contractors, such as skips and shipping pallets, the garden is able to be moved around the site as construction progresses. While at the Skip Garden, the group heard from Paul Richens, who spoke about the project’s community links.

The garden is run by Global Generation, a charity which runs sustainability workshops for students, and works with Business and Sustainability students from a local college. The garden also runs a café and supplies decorative plants to local businesses.

With construction set to continue for another six years, there is no doubt that the area will evolve further as new buildings spring up, old ones are given a new lease of life, and links to the surrounding area become more established.

Site visits are an integral part of the Future London Leaders programme, giving participants a chance to learn first-hand how schemes are being delivered innovatively across the Capital. The previous FLL Round 6 site visits took candidates to Bond St. Crossrail station and St. Clements in LB Tower Hamlets. For more information on becoming involved with the FLL programme, please get in touch with Jennifer Johnson.