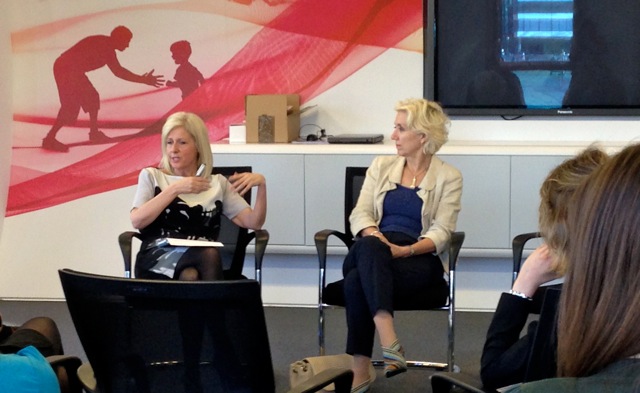 This guest post is by Philippa Bloomfield, a Future London Leaders graduate and one of two FLL representatives to FoL’s steering group. Philippa was one of the guests at the FLL7 networking session April 16th, and agreed to share some of the insights from the event.

Future London Leaders offers candidates a wide range of skills and professional development opportunities, from recognising personal motivation to communicating with multiple stakeholders. Mostly recently on the agenda was an April 16th workshop on networking, from the art of small talk to the science of making worthwhile connections.

Future of London Round 7 candidates and guests were invited to FoL partner Wandle’s London Bridge offices for a late afternoon session with contributions from Wandle Chief Executive Sara Thakkar and Ros Dunn, Commissioning Director at Essex County and Independent Chair, South Kilburn Neighbourhood Trust. Each presented her insights into networking as well as tips for getting the most out of professional relationships.

Ros focused on identifying a reason to approach someone initially, being genuine, and emphasising that successful business relationships are based on reciprocity. She observed that when you label making connections “networking” people are reluctant to engage, but argued that it’s important to recognise that noone works in isolation; talking to people is necessary to most jobs, and should be seen as a tool rather than a chore.

Among other things, Sara advised the audience to do their homework: in these days of digital connectivity and social media, there is no excuse for not finding a bio of your key contacts and knowing what to approach them about. Both she and Ros advised against collecting contacts for the sake of it, but instead recommended forging authentic connections that would have the potential to be productive for both parties.

Sara illustrated her points by telling stories of her own experience at the national, regional and local levels – how she had fostered connections to progress her career and also to generate better outcomes for her projects.  She revealed that she has felt as fearful as anyone else in the face of a roomful of strangers, but said that with practice and a bit of preparation, it’s possible to turn situations to your advantage and to develop positive relationships. She also advised that when approaching or addressing even quite senior people, it helps to remember that they’ve all been junior or nervous at some point.

The floor was opened up after the two presentations, and a few tricky topics were discussed in more detail – how to break into groups of people; how to end a conversation successfully; using networks to get wider results on projects; and keeping in contact without appearing bothersome. Both speakers gave practical advice and related it to their own experience, proving they were human too! It was thought-provoking session that felt challenging and empowering in equal measure.

At the end, after being joined for a bit of networking by David Lunts, FoL’s chair and GLA Executive Director for Housing and Land, much of the group adjourned to use their newfound networking skills over a drink. For first-hand info on the tips and tricks provided at the session – and a generally good evening – join us at the July 2nd celebration of the FLL 100th milestone, combined with the FLL7 and Leaders Plus graduation. Details to follow on the FoL website.