On May 29th, Future of London joined Westway Trust for the latest in our Communities in Transition field trip series. The visit to North Kensington brought together practitioners from across London to learn how the trust has transformed the space under the A40 motorway for the benefit of the local community.

When the A40 Westway Flyover was built in the late 1960s, it met with sustained opposition from the community in North Kensington, where it cut through existing neighbourhoods and left a large amount of derelict land. In 1971, RB Kensington and Chelsea transferred 23 acres of land under the motorway to the North Kensington Amenity Trust (now Westway Trust) to manage on behalf of the community.

Over 40 years later, the trust has an impressive record: the land under the flyover is used for a range of activities, from sport to retail and education to light industry. Run on a not-for-profit basis, the Trust has been financially self-sufficient since the 1980s, with income from the sports and retail uses supporting its community work.

Our visit began at the Westway Sports Centre where Westway Trust Chief Executive Angela McConville outlined the organisation’s “Destination Westway” strategy, which focuses on building on core strengths such as the sports centre and the health and wellbeing programmes that are run through it.

“Our future strategy is a simple one – we will maximise our social impact by focusing on the economic well-being and health of the community in and around Westway.  To make this possible, we want Westway to be transformed into a premier destination – a vibrant place in London known for sports, culture, artisan retail and enterprise.”
Angela McConville, Chief Executive, Westway Trust 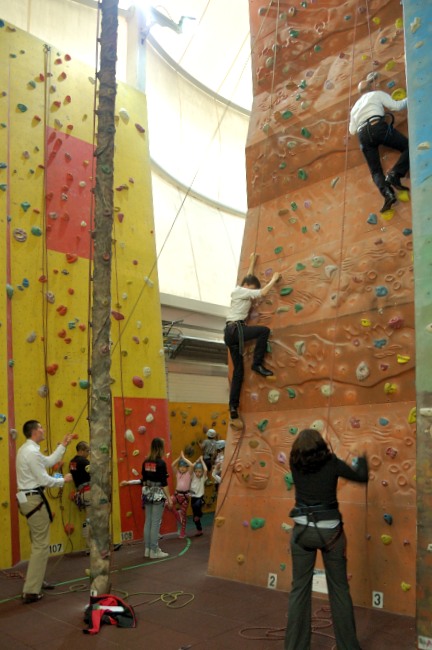 The sports centre was built in 1994 and significantly expanded in 2004 with an £8.5m grant from Sport England. The centre now offers 10 tennis courts, 8 football pitches and a climbing centre (where brave visitors tried their hand at scaling one of the walls!).

The trust is now looking to further expand the sports facilities, which also form an integral part of the health and wellbeing programmes it supports. Health Trainer Manager Annemarie Freude-Lagervardi explained how her programme teaches local people to deliver peer-to-peer health and wellbeing programmes, including one-to-one coaching, free health checks, and signposting and referrals to NHS services.

One of the keys is being able to gain residents’ trust, so language, culture and gender are all considered in matching trainers, and the results speak for themselves: a 106% increase in exercise and a 65% increase in healthy food choices, with 82% of users coming from the borough’s most deprived areas (see the full impact evaluation report here).

The sports centre expansion comes under the umbrella of a planning brief developed by Westway and the Royal Borough of Kensington & Chelsea, which will also allow the trust to replace aging buildings and improve provision for pedestrians and cyclists. The Council estimates that the area could deliver over 13,000sqm of new mixed-use floorspace, with the potential to generate up to 335 new jobs. The Westway draft SPD outlines a plan to divide the units under the Westway into five more coherent character areas, including public realm improvements and better connectivity to surrounding areas:

The second key strand to Westway’s new strategy is improving the built environment throughout the mile-long corridor of land under its control. During consultation with people living and working in the area, an issue that came up was the persistence of anti-social behaviour, linked to poorly lit and underused spaces, especially at night.

To discourage ASB and improve perceptions of safety, Westway Trust plans to make major improvements to the public realm and to increase usage of the space throughout the day. Development Director Louise Wolsey also outlined plans to upgrade the semi-permanent covered market so that it can host cultural activities as well as the wide range of small retailers who now use the space at weekends. 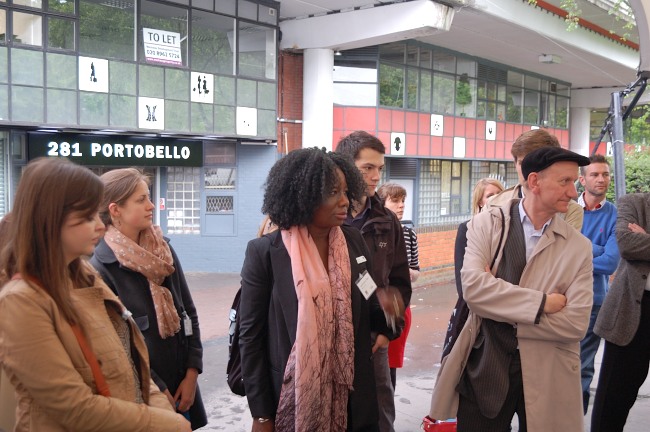 While 15% of the 23 acres owned by the trust is used for commercial activity, 80% is used for community facilities (with 5% undeveloped). At the Portobello Pop-up Cinema, manager Tim Burke outlined how this multi-function arts space, set up with only £25k, is used to showcase alternative art and film, including the Portobello Film Festival. The cinema has also been used as a training ground for other low-cost film projects around London. 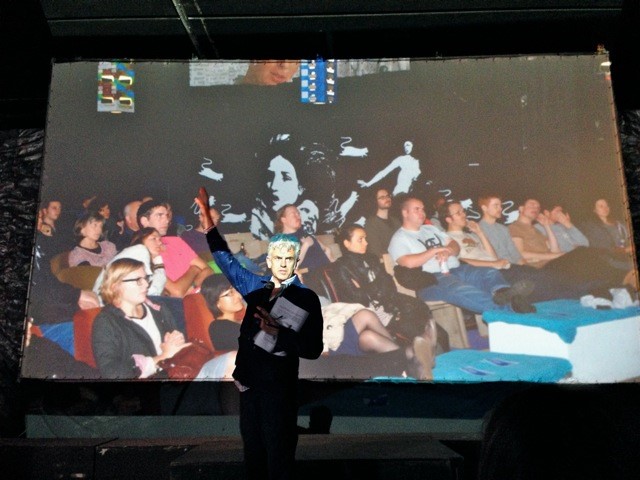 While the social enterprise model is now well established, Westway was one of the first, and has shown that the model can survive over the long term. As central funding continues to dwindle, there is much for public sector organisations to learn from the trust’s approach to community development and regeneration. By supporting partners to deliver programmes and using income from commercial activities to fund them, the trust has shown that it can deliver services reliably and make a real difference to the community it serves.

Communities in Transition examines best practice in locally-directed regeneration, giving public-sector practitioners in planning, regeneration, economic development and related areas an opportunity to learn first-hand from key stakeholders in successful regeneration schemes, in an informal and interactive atmosphere. If you would like to partner with us in organising a field trip, contact us.