On August 20th, Future of London visited the Vauxhall, Nine Elms and Battersea (VNEB) Opportunity Area as part of our Communities in Transition series.

VNEB, straddling the boroughs of Lambeth and Wandsworth, is one of the largest Opportunity Areas in the London Plan. As a former industrial district, for many years the area has had limited public access and integration with surrounding neighbourhoods. The new OA planning framework aims to change this by bringing in mixed-use residential developments worth an estimated £15bn. The area has the potential to supply up to 16,000 homes and 25,000 jobs over the next 20 years.

VNEB is unusual among London’s Opportunity Areas in that it contains almost no publicly-owned land. Development activity is largely led by the private sector, with local authorities’ influence mainly limited to their role in the planning process. 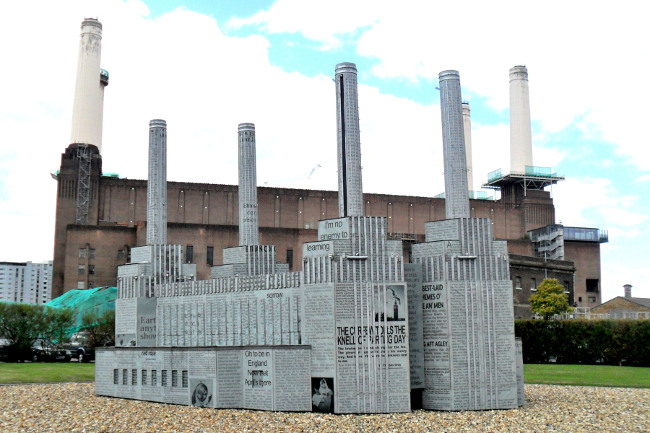 At opposite ends of the Opportunity Area will be two town centres: Battersea Power Station will create one from the ground up, while in Vauxhall, the existing town centre will be redesigned to be more pedestrian-friendly.

The Battersea Power Station development, phase one of which is now under construction, will create a whole new town centre in LB Wandsworth. The first phase of the six-acre site is set to deliver around 800 residential units as well as commercial and retail space, with a further six phases to follow.

Sarah Banham, Communications Director for Battersea Power Station Development Company, told the group about BPSDC’s work with English Heritage on its plans to restore the iconic Grade II* listed building, which will use original construction methods. The twin cranes on the riverfront are also listed and will be shipped to Tilbury for refurbishment. 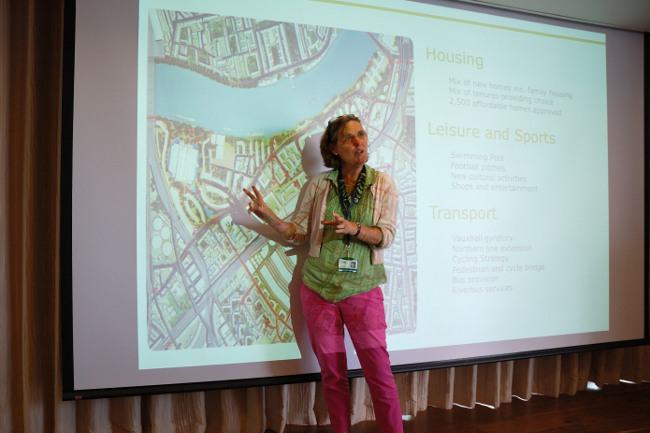 However, LB Lambeth and Transport for London are consulting on plans to redesign the road network and bus interchange to facilitate a shopping-friendly road layout. The council is seeking to build on the area’s status as an LGBT clubbing destination, and Neighbourhood Regeneration Officer Iago Griffith spoke of the council’s desire to balance the area’s nightlife with daytime cultural activities, such as the recent street food market.

Transport access underpins the plans for the whole Opportunity Area; much development is predicated on the construction of the Northern Line Extension which will create two new stations at Nine Elms and Battersea. This increase in accessibility will contribute to increasing the development viability of surrounding sites, and it is predicted more will start construction once the new stations are approved by the government.

The extension is estimated to cost around £560m, which will be funded through a combination of tax increment financing and a government loan. (This was discussed in greater detail in our 2013 seminar, Forecasting Infrastructure Funding.) Andrew Dorrian, from TfL’s Borough Planning team, also outlined plans for better cycling infrastructure (including the new CS5 route) and more river transport.

Stopping outside the Embassy Gardens development, Ian Ruegg, Development Manager at LB Wandsworth, noted that as there is little public land within the OA, and no grant funding available, Section 106 agreements are the only route to securing affordable housing provision in new developments. 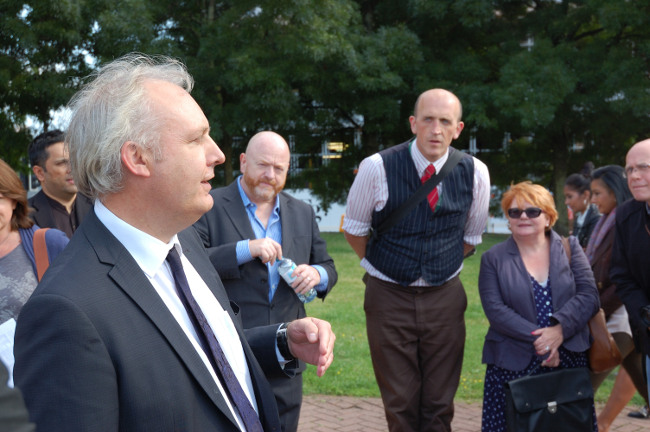 Wandsworth and Lambeth have taken different approaches to affordable housing requirements, with the former using a sliding scale starting at 15% and increasing as development viability becomes more stable, and the latter adhering to a borough-wide 50% target.

Battersea Power Station is the most well-known landmark of VNEB’s history, but equally important for LB Wandsworth is the New Covent Garden Market, the wholesale market providing much of London’s fresh fruit, vegetables and flowers. Based in the area for 40 years, the market is the borough’s biggest employer, with around 2,500 jobs provided through 200 companies. Helen Evans, NCG Market Authority’s Director of Business Development, noted that 40% of the fresh fruit and vegetables consumed outside the home by Londoners originates in the market.

The NCGMA will release the smaller of its two sites for mixed-use development and upgrade facilities on the larger site, including land currently used for coach parking. While the sale of the smaller site will pay for the upgrade, it will take a carefully phased programme of works to keep the market open for the hundreds of SMEs and customers who depend on it. 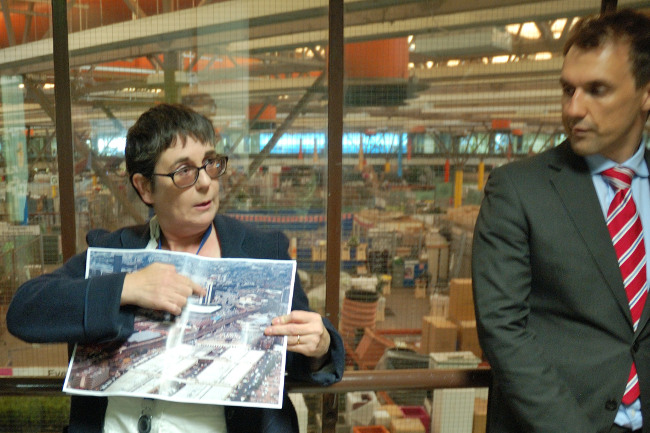 One of the key drivers of development in VNEB is its riverside location; much of the housing under construction will offer views along the Thames. But these developments must also take account of the unique environmental challenges of riverside developments, such as increased flood risk and the already strained sewer network.

The Environment Agency, in its TE2100 plan, assessed environmental risks along the Thames and recommended mitigation methods to reduce flood risk and maintain safety in new developments, including at VNEB. Carly Cudmore, Planning Specialist (Major Projects) at the EA, explained how the agency supports local authorities and developers, ensuring that plans account for flood risk and include environmentally sensitive design features such as SUDS where possible. 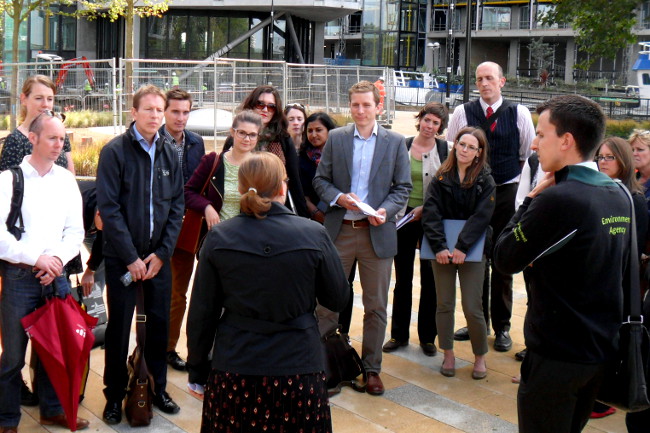 Other EA priorities for such large schemes include continuity of drainage and sewer systems across boundaries, emergency plans, and biodiversity preservation. At Battersea Power Station, for instance, “vertical beaches” will help reduce flood risk and provide a habitat for wildlife.

There can be no doubt that VNEB’s central, riverside location contributed to the speed at which investment and construction have rolled in – other Opportunity Areas may be less fortunate in this respect. But transport investment has also played a pivotal role, along with Nine Elms on the South Bank’s coordinated and comprehensive approach with planning authorities, developers and other stakeholders. These are elements that can deliver no matter what the postcode.