This autumn, we introduced a new introductory session to both our Future London Leaders and Leaders Plus career development programmes: a guided drawing exercise, led by artist and instructor Ilga Leimanis.

Using drawing as a medium, the exercise was focused on the process rather than the output. How can drawing be used to communicate the urban environment? What do you observe and learn about the city through drawing that you hadn’t noticed or acknowledged before? This opening exercise had three aims:

Both groups were led through the same three exercises, each at a different location:

The drawing exercise for FLL8 candidates took place in Future of London’s neighbourhood: Farringdon. Beginning atop the Alan Baxter & Associates building on Cowcross Street with an introduction from Alan Baxter himself, candidates captured the city skyline before moving to Farringdon station, and later to Smithfield Market. In debriefing after all three exercises, many candidates picked up on how quickly they got past the chaos of rush hour (and the eyes of onlookers) to focus on the exercise; as one participant put it, “you never get the chance just to look, hard, at the city”. 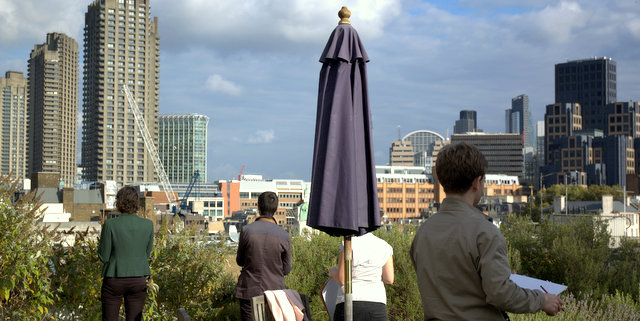 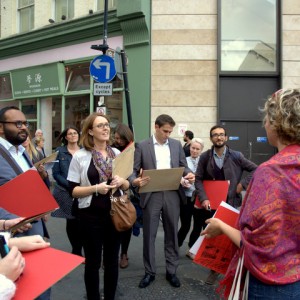 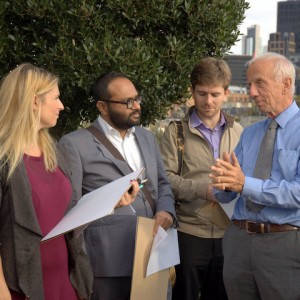 For Leaders Plus candidates, the guided exercise had an added dimension. Throughout the course, the Old Street roundabout will serve as a case study for many of the programmes modules – and so there was no better place to draw. LB Islington’s Eshwyn Prabhu and TfL’s David Jowsey kicked off the exercise at BL-NK with context talks and materials to give candidates the inside view of current issues at the site. From there, instructor Leimanis led candidates through the three exercises around the area. One of the comments on this trip was how crowded the area reveals itself to be through this kind of exercise, with the “street clutter” of bollards, posts and signage, as well as with traffic. 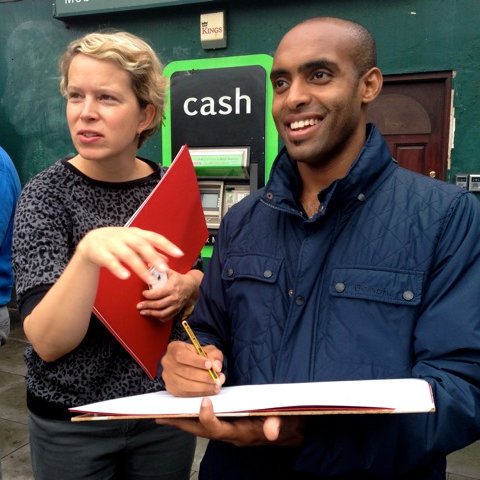 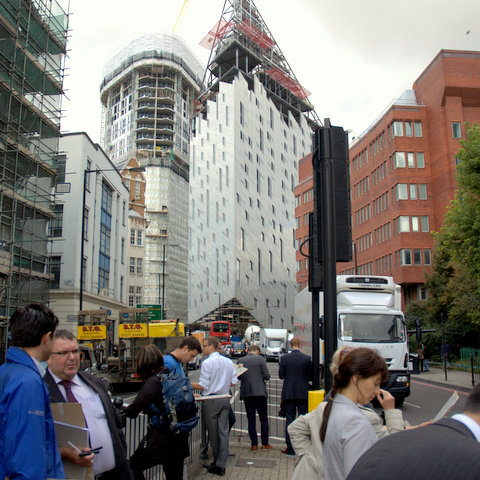 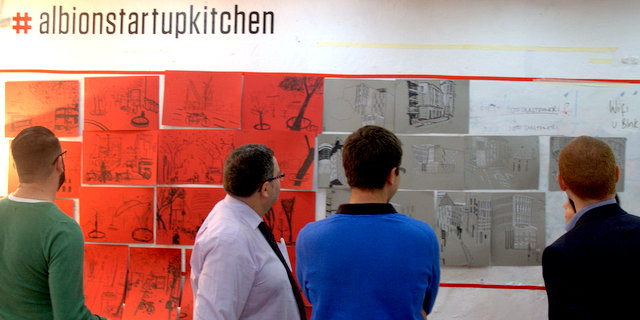 Following the programme launches and these introductory exercises, both Leaders programmes are in full swing and will continue into 2015. Please contact Jennifer Johnson for more information on Future London Leaders, and Lisa Taylor for details on Leaders Plus.