We held the second seminar for our EDF Energy-sponsored research programme, Engaging private landlords in energy efficiency, on 23rd October, hosted by Pinsent Masons. Participants included housing, energy and enforcement officers from various London boroughs, related third sector organisations and a representative from the Residential Landlords Association (RLA). The focus of the morning was the role of regulation, accreditation and licensing schemes, for both identifying landlords and, where necessary, enforcing standards.

Future of London head of policy Jo Wilson, who is leading the research, ran through the aims of the project and some of the key findings so far. She reiterated that the lack of available data on landlords seemed to be the biggest challenge, for practitioners and researchers alike. 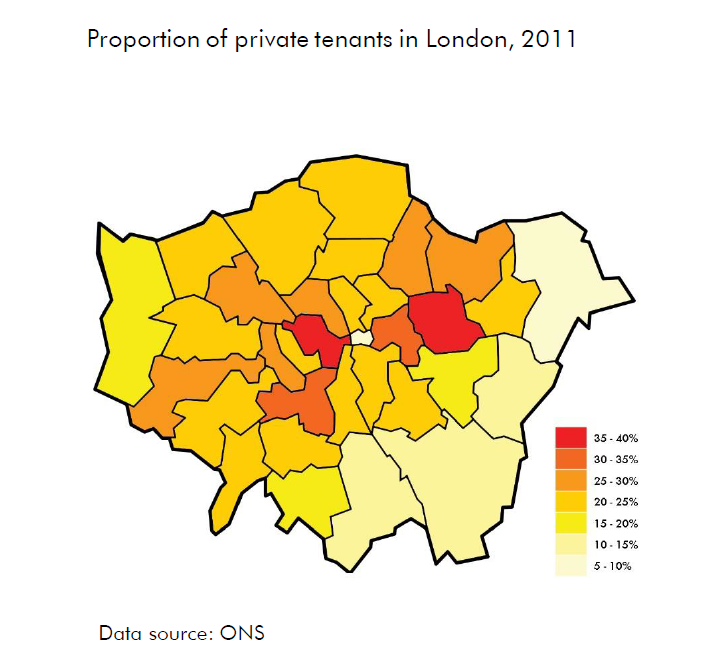 Jo was followed by Marcia Poletti, DECC, who ran through the primary legislation on domestic energy standards in the Energy Act, and explained that the secondary legislation was being formed based on the findings of the consultation, which closed in September. Rhona Brown, Senior Policy Officer leading on the London Rental Standard, talked through the different elements of this major GLA project for improving standards in the PRS, including a 3-year awareness campaign aimed at landlords, tenants and lettings agents.

A lively discussion then followed around the following questions:

The role of borough-wide ‘selective’ licensing was a major part of the conversation. While there was general agreement that it isn’t necessary or appropriate for all boroughs to pursue this measure, and specific concerns raised about its appearance as a punitive measure or ‘stick’ that could potentially close lines of communication with the landlord community, representatives from LB Newham, whose licensing has been in force since April 2013, did not believe this to be the case.

Other area-based and multi-agency approaches to identifying poor standards were highlighted, while some referred back to issues beyond local control – insufficient legislation and challenging funding mechanisms – as insurmountable obstacles to effecting wholesale change.

Thanks to all attendees for their input. We are working up a report that, while certainly not having all the answers, will outline some approaches for boroughs to better engage landlords in retrofitting their properties, as well as more strategic considerations and policy recommendations for improving the sector. Copies of the report will be available at the launch event on 3rd December, from 08.30-11.00 at Pinsent Masons. Please contact events@futureoflondon.org.uk if you wish to attend.

Please contact Jo Wilson with comments, suggestions and general feedback on the research project so far.