On 5th March, Future of London visited Thamesmead and Abbey Wood with member organisation Peabody, to hear about estate renewal, Crossrail and Housing Zones in this large riverside area.

Perhaps best known for featuring as the dystopic setting for A Clockwork Orange, Thamesmead is currently home to around 40,000 people. In fact, the area generally referred to as Thamesmead can be split into three distinct neighbourhoods: Thamesmead to the north, Abbey Wood to the south, and Plumstead to the west.

The scheme was originally conceived by the Greater London Council as a mixed-tenure New Town, with one-third each social, market sale, and PRS housing. The 1967 masterplan was never fully implemented and while a significant amount of social housing was built, much of the supporting infrastructure, such as shops and commercial services, never materialised. 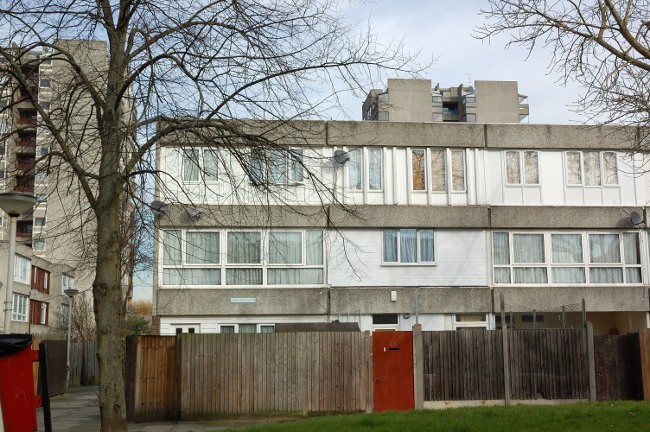 Thamesmead lies on a floodplain, and this has had a significant impact on the look and feel of the area, both positive and negative. Flood defences in the form of canals and waterways have potential to be integrated with housing as an amenity; however, most of the housing turns its back on the water. The amenity comes at a price, too: Peabody is responsible for the upkeep of the flood defences and must factor this into maintenance costs.

As well as the waterways, much of the urban realm around the Thamesmead estate has been landscaped so as to provide escape routes in case of flooding. More significantly, much of the space at ground level has been given over to parking and garages, which limits street life and ground floor activity.

Peabody is keen to convert some of this dead space into commercial units and has trialled this on one part of the estate. 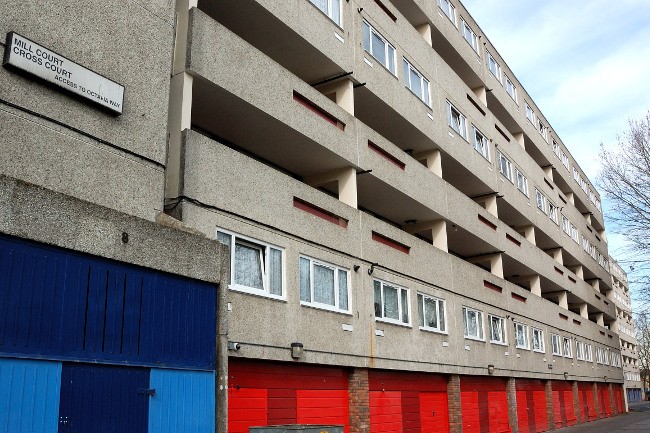 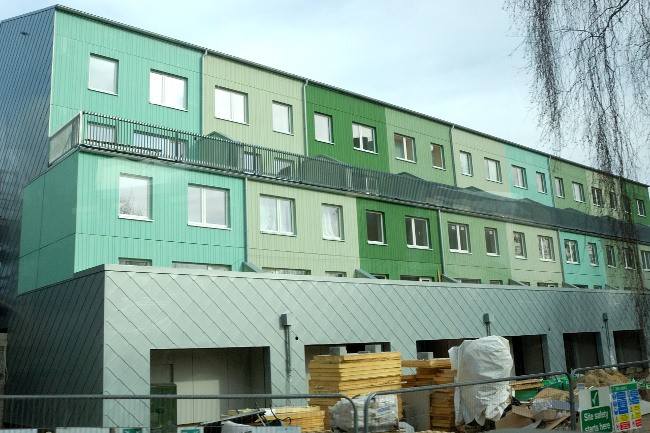 Buildings have not been refurbished since they were built in 1968 and this has led to some problems, especially with heating due to the old windows. The problem is worst in the towers, which were originally served by a combined heat and power plant which is no longer in operation. The cost of a full refurbishment is projected to run into the hundreds of millions, and Peabody will begin a consultation exercise with residents in spring 2015.

The abundance of open space around Thamesmead is a big attraction for residents, although the metropolitan open land surrounding the estate is under-used. Residents in Thamesmead pay an additional estate renewal charge on top of council tax, and one issue Peabody faces is how to fund necessary work without raising the cost to residents.

Thamesmead and Abbey Wood make up two of the first nine Housing Zones announced by the Mayor on 20th February – one in each of the boroughs of Greenwich and Bexley. Peabody, working with Greenwich and Bexley, has been allocated £82.5m of GLA funding across the two zones. The funding will contribute to the delivery of 2,826 homes, 44% of which will be classed as affordable.

While Housing Zone funding can only be used for works which contribute to housing delivery, Peabody sees the project in Thamesmead in much broader terms. Ken Baikie, Director of Thamesmead Regeneration at Peabody, stressed the importance of placemaking and supporting infrastructure: schools, employment programmes and better local retail. He noted that without these, large-scale housing delivery would be susceptible to the same failures that followed projects in the 60s and 70s. 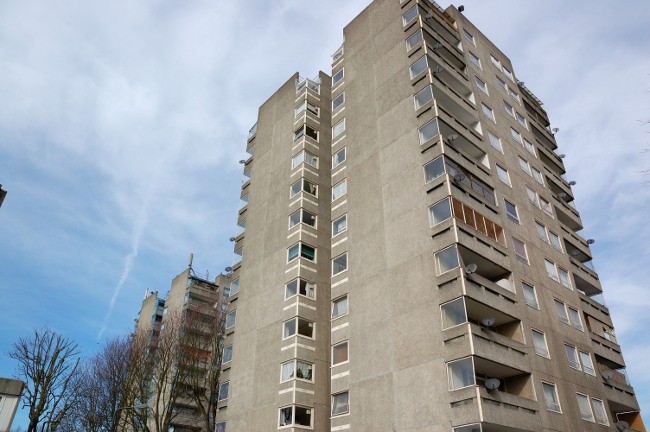 The area has large amounts of industrial land and is successful at attracting businesses. However, there are plans to reclassify some industrial land for housing – especially nearer transport nodes. Peabody is also keen to use its industrial landholdings to improve the employment offer to local residents – this could mean encouraging more labour-intensive industries as opposed to automated ones which provide fewer job opportunities.

Accessibility and transport improvements are also vital if Thamesmead is to fully benefit from the arrival of Crossrail at Abbey Wood. Large roads and infrastructure block routes between neighbourhoods, with few crossings for pedestrians. Those that do exist are often poorly lit and maintained. North–south access across the site is especially difficult, and Peabody is keen to secure more bus routes for the area.

The organisation has also been looking into the potential to link to sites north of the river: a DLR link to Gallions Reach is a possibility, as is a river crossing to the east. The mayor and TfL are currently consulting on new river crossings in East London.

As the major landholder in Thamesmead, Peabody has a large degree of control over how the development and renewal process proceeds. The housing association is directly responsible for 16,000 homes, but has a relationship to almost all residents in the area, thanks to its large landholdings and responsibility for much of the infrastructure.

While there is a lot of work to be done in Thamesmead and the surrounding area, the Housing Zone funding should provide an early boost which will be followed by increased values tied to Crossrail when services start in 2018.