Since the first of London’s Housing Zones were announced in February 2015, there has been a steady trickle of announcements. Eighteen of the twenty zones are now confirmed, with the final two expected by the end of the year. 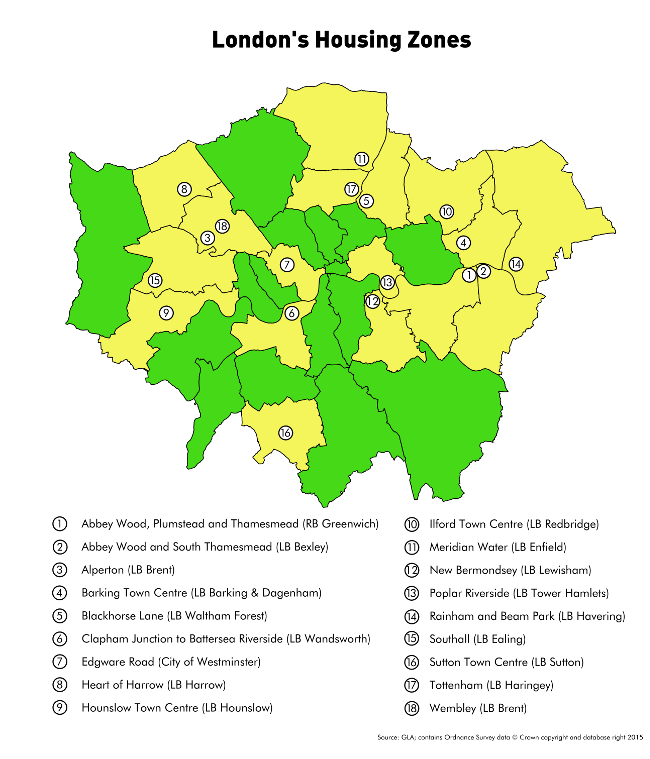 The six zones announced since May are:

There are now zones in 17 boroughs (see map above for their locations). To support those working on Housing Zones across the city, Future of London launched our new Housing Zones Network on 27th October at City Hall.

This network will offer best practice, technical guidance and networking around Housing Zone-specific issues. Member organisations will be able to send staff to seminars, workshops and site visits related to Housing Zones, and will have access to online resources.

For more information on membership benefits, how to join the network, or to sign up for our Nov 26th seminar on Programme management, including Crossrail, Nine Elms, King’s Cross and large-scale housing delivery, please email lisa@futureoflondon.org.uk.