The zones will receive funding of between £25-55m to address barriers to development and enable higher levels of Affordable Housing. 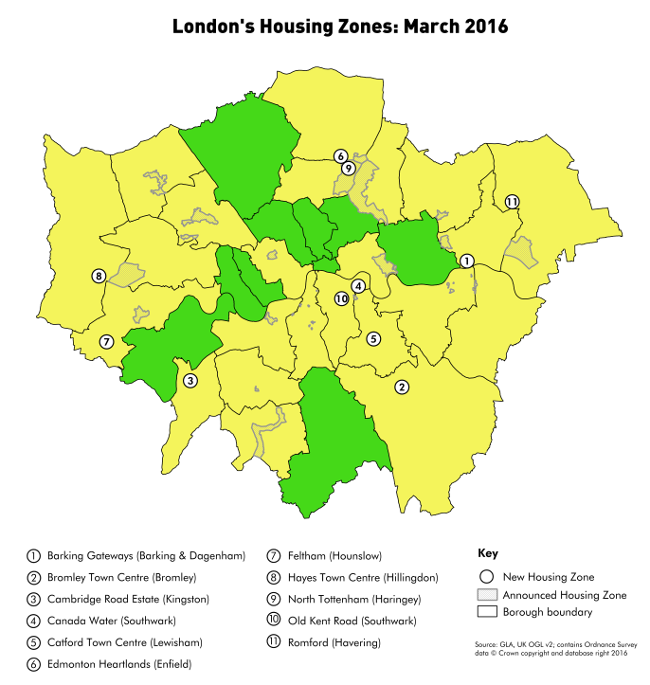 Bromley, Hillingdon, Kingston and Southwark all gain their first Housing Zones – 23 of London’s boroughs are now home to a zone.

The announcement means that Barking & Dagenham, Enfield, Haringey, Havering and Southwark each have two Housing Zones (although in Haringey, the new designation falls within the boundary of the previously-announced Tottenham Housing Zone). Brent also has two zones, both announced in previous rounds.

Housing Zones in Hayes and Romford will support growth around the arrival of Crossrail in 2018, while the zones in Kingston and Haringey are likely to benefit from Crossrail 2, due for completion around 2030. The Old Kent Road Housing Zone will benefit from the construction of the Bakerloo line extension announced by TfL in December 2015.

For more information on membership benefits, how to join the network, or to sign up for upcoming seminars on CPOs, viability and land issues, contact visakha@futureoflondon.org.uk.