The private rented sector is London’s fastest growing housing tenure; between 2001 and 2011 it almost doubled. Whilst just a fraction of those tenants currently live in purpose-built rental properties, investors, the Greater London Authority and, increasingly, local authorities are recognising the potential of Build to Rent in London.

It’s early days for this fledgling sector, but some boroughs are blazing the trail by enabling Build to Rent schemes through planning policy. Others are forming partnerships with developers and investors to develop their own purpose-built rented stock. 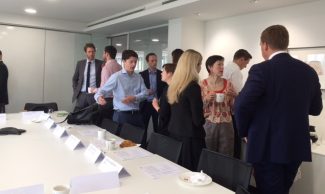 On 8 June, Future of London brought together boroughs, Transport for London, developers, investors and the Dept. for Communities and Local Government to discuss the finance, viability and affordability aspects of Build to Rent in London. This post summarises the Chatham House discussion, kindly hosted by London Communications Agency.

Why would London boroughs want to pursue Build to Rent?

Build to Rent can be an ‘affordable’ tenure – i.e. it could house a large demographic who don’t qualify for social housing but cannot afford shared ownership or to buy outright. Whilst social housing is still fundamental to most local authorities, if Build to Rent can be shown to meet need effectively and be developed faster and at scale, it may be easier to persuade council members of its value.

Build to Rent can provide an intermediate offer to help fill the gap between social and market rents. In London, this gap can be vast. One investor gave the example of a two-bedroom apartment on Kings Road, Chelsea, being £120 per week as social rent and £2,000 per week on the open market.

With budget cuts biting, local authorities are attracted to the revenue potential of Build to Rent. While there is temptation to “plug revenue holes” with capital receipts following the sale of land, retaining land to rent is an investment-led approach with long-term gains, and shares the construction risk. For a council to follow this lead, they need to understand the availability and implications of internal funding streams (Public Works Loan Board borrowing, S106 receipts, allowable Right to Buy receipts, etc.), as well as its position regarding land transfer, balance sheet treatment and appetite for risk.

What are the biggest challenges to Build to Rent?

Political support and stability at the national level are key considerations for the private sector. All agreed that there was currently a conflict between open market sale and PRS tenures, with the Starter Homes policy initiative a particular concern. Investors are particularly uncomfortable with uncertainty, requesting clarity from government on what they want Build to Rent to achieve.

One advisor stated that Housing & Planning Minister Brandon Lewis has criticised the Build to Rent industry for not speaking with one voice. For example, there is a continuing debate on whether Build to Rent should have its own use class – the industry seems to be split 50:50. This could be hampering government’s decision-making.

In some ways the finance landscape for the PRS is currently strong, with more investors willing to forward-fund Build to Rent development (i.e. fund a development that has not yet been built, thus taking a share of the construction risk).

However, land prices continue to be inflated, making it difficult to keep rents down. One developer talked of land acquisitions at £570 to £900 per sq foot, adding, “If these were more like £400/500 per sq foot, we could develop a truly affordable tenure.” Further, the success rate for acquiring Build to Rent sites is low: “Build to Rent providers can be outbid by open market sale. It’s not a straight fight.”

How can local authorities help to counter these challenges?

Be clear about who Build to Rent is for

Local authorities need clarity of purpose, and to maintain this throughout the development process. For example, if they wait until the planning/procurement stage to determine the rent and tenure ratios, this will stall the development.

The need for clarity was stressed by the developers and investors in the room. Is the priority to keep key workers within the borough, to keep people off social housing lists, or to discourage developers from building market-sale units? Investors were keen to get across that “you can’t have it all”.

Whether developing housing themselves or not, all local authorities can enable Build to Rent through being more flexible around development contributions and viability, or being explicit about attracting developers. According to Turley, only three boroughs are currently supportive in that way, while 10 have policies that refer more generally to PRS (usually focusing more on improving existing stock).

In terms of development contributions, there is an argument that if a Build to Rent scheme is meeting a greater level of housing need than market sale developments, it need not be subject to the same affordable housing requirements. The economics of Build to Rent are considerably more fragile than for sale. Greenwich, Ealing and Tower Hamlets have all offered a degree of flexibility on schemes, such as allowing discount market rent properties to fulfil the affordable housing conditions.

It was felt that it is much easier to bring forward public land for Build to Rent than private. While there are examples of Build to Rent on private land (e.g. L&G on Ferry Lane in LB Waltham Forest), the numbers don’t usually add up.

One public land owner has a partnership framework for its emerging property development portfolio, and plans to drop sites into a ‘mini competition’ for a panel to choose one site per month. They are considering a separate framework for Build to Rent sites.

Zoning land could help, such as around Crossrail 2 station intensification areas. However, it was recognised that this could conflict with central government’s drive to build more homes for owner-occupation.

What finance models are boroughs using?

A range of finance models and delivery vehicles were discussed. It was agreed that while interest in income-sharing models is growing, it’s still too early for there to be much evidence for what works best long term.

Joint ventures (JVs) are worth considering if a local authority wants to retain some control but lacks the in-house skills to develop on its own. A JV could provide a long-term revenue stream, though the amount depends on the level of partnership, share of net income and level of risk. One borough currently developing a JV is aiming for a 50/50 partnership and 50% share of net income.

One advisor recommended that local authorities should be willing to include some element of planning certainty or a commitment to risk-sharing during planning and delivery, in order to widen the market for private sector investors and developers as they seek to mitigate risk.

It was noted that some boroughs are developing their own version of Build to Rent using alternative forms of investment finance. However, the number of places where this will be viable is limited.

The next roundtable on Build to Rent supply and strategy is Wednesday, 27 July. The next field trip is to Barking & Dagenham on Wednesday, 17 August. To express interest in attending either, contact Olivia Russell.