Future London Leaders Round 12 wrapped on 15th June with ‘Proposals for London’ to safeguard or rethink neighbourhoods and high streets at risk.  The final task before graduation, this was an invitation to think outside the box and combine sector expertise with personal interest.

The presentations showed how much the group had learned from both the leadership modules and the course visits. The latter included an organisational raid on Pollard Thomas Edwards, one of FoL’s core sponsors, and field trips to both the Tottenham Hale regeneration area and the Camden and Fitzrovia Business Improvement Districts.

Candidates’ ideas included everything from applying Buddhist values to the planning of high streets through upgrading shopfronts to creating space for employment support and childcare to help women into work.

The audience included mentors, course presenters, sponsors and supporters of Future of London – including a few candidates from FLL13 there to see how it’s done! 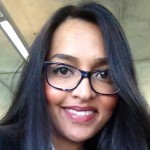 Amid the rapid regeneration of Blackhorse Lane and Tottenham lies a parcel of SIL land which is subject to under-investment and further deterioration. Located next to the largest urban wetland in Europe the area offers scope to re-provide a more intensified employment offer, forest woodland to complement the wetlands and new homes. “The Forest” will be home to the borough’s largest hotel, creating local jobs, a new north-south canal connected by cycling and walking paths and eco-friendly homes. Existing employment formerly on SIL land will now be re provided in modern light industrial buildings. 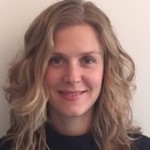 The Holloway Road is the arterial, heavily-trafficked route through several areas: from Highbury Corner north to the major town centre that is Nag’s Head, through Upper Holloway and on to the district centre of Archway. With TfL improvement works underway at both ends (and planned for Nag’s Head), other development including student accommodation and higher end chains (Soho House Group) now located along this stretch of A-road, where next for one area in particular – Upper Holloway. Can business mentoring and workspace put the area on the map? 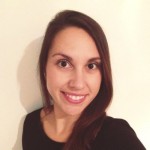 The scale of new housing-led development across London presents us with a fantastic opportunity to build brand new High Streets across London. High Streets that honour key principles relating to design, place-making and urban economics. Places that are beautiful, integrated and useful. As we build a new high street in Ailsa Street in Poplar, a focus on cultural values will lead us to create a truly ‘Great’ British High Street.

Presentations were followed by a short graduation ceremony, where candidates received certificates and were congratulated by sponsors Re and Lovell. This took place in the reception suite of Bilfinger GVA, which kindly hosted the entire event.

Future London Leaders Round 14 will start in September 2016 and be followed by the launch of the fourth round of ‘next-step’ course Leaders Plus.  FLL14 is full, but there are still three or four spaces on Leaders Plus, so please contact your Future of London steering group representative ASAP to nominate a candidate or to apply.

Leaders Plus 4 will include four (out of 16) private-sector candidates, which marks an evolution in Future of London’s support for next-generation leaders by bridging the public/private divide as well as disciplines and other silos.

Best of luck to all our FLL12 graduates and mentors, and keep in touch!

To find out more about these bespoke professional development courses, visit our Leaders Programmes pages.

Thank you to Future London Leaders Round 12 Mentors:

Future London Leaders is hosted by Lewis Silkin and sponsored by Lovell and Re.  The programme is known across London as the top leadership programme for the public sector, and has more than 200 graduates in its Alumni Network.