Brixton, in the London Borough of Lambeth, is a popular south London retail and leisure destination, with a thriving high street attracting 70m people a year. The area has excellent transport links but has poor accessibility in places and lacks office space. As with elsewhere in London, existing workspace is under threat from rising rents and potential conversion to residential use.

On 21 June, Future of London visited Brixton to find out more about Lambeth Council’s plans for the area, in particular supporting SME workspace.

Brixton is one of several growth areas identified by Lambeth, and has a pipeline of 1,000 homes and 400,000 sqft of commercial space in development. Lambeth Council is a major landowner in Brixton, and can therefore have a greater degree of control over what is developed. Major projects involving council property include a new town hall and developments at Somerleyton Road and Brixton Central.

Lambeth recently commissioned a Brixton Economic Action Plan, which will set out priorities for the local economy, including securing workspace that is affordable and accessible to local businesses.

Pop Brixton is a temporary use project on council-owned land awaiting redevelopment. Constructed from shipping containers and opened in 2015, the site was initially secured for three years. Pop’s success could now see it stay for up to five years, and the site will eventually be developed into a major mixed-use development.

The site consists of retail, leisure, office and community uses, including co-working space (Impact Hub – see below), offices, studios and an events space. Sixty businesses employ 300 people on the 15,000 sqm site. All traders are independent, and 70% are from Lambeth (50% from Brixton). Philippe Castaing, Community & Commercial Director, Pop Brixton, remarked that while many see the space as a retail and leisure destination, these uses account for only 35% of the space, with 65% consisting of office and community uses.

Units are offered on a tiered rent system, where businesses pay according to their ability and the level of community work they commit to. All businesses must pledge at least one hour per week to share time and skills to benefit the community; those pledging more can pay lower rents.

Bars at Pop Brixton have profit-sharing agreements with the management company, Make Shift, which in turn has a profit-sharing agreement with the council, and 10% of profits are invested in a Pop Foundation, which supports community initiatives. Businesses all use Pop Brixton’s point-of-sale system, which allows it to monitor business growth and adjust rents accordingly. This data is also vital to backing up talks over new opportunities – Make Shift currently has 10 other sites in the pipeline, including Peckham Levels in Southwark.

After Pop Brixton’s success, an adjoining site under private ownership has been transformed by the same team into Pop Fields, a multipurpose sports space during the day and outdoor bar in the evenings. 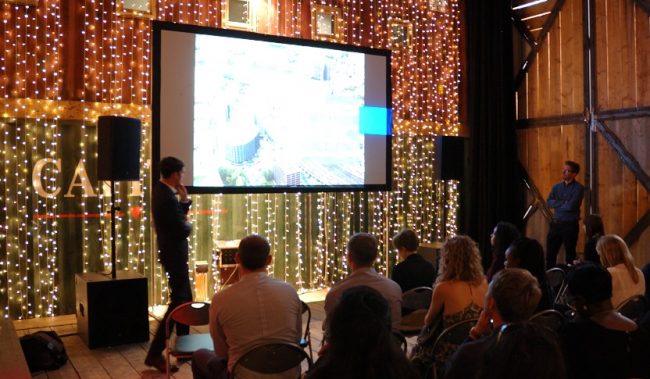 A short walk from Brixton town centre is Loughborough Junction, where community interest company Meanwhile Space has been running temporary projects on land owned by the council and Network Rail.

The Platform Project consists of three workspaces targeted at different uses: a disused public toilet has been converted into space for pop-up enterprises; a railway arch used for meetings and events; and a second arch housing office space for five social enterprises.

Bringing these spaces back into use has created economic activity in the area, and the increased footfall and visibility have reduced anti-social behaviour. Project Manager Anne Wilding explained that Lambeth and Meanwhile Space are working with Network Rail to bring more arches into use, although many require significant work before they are habitable.

The three partners will run a competition to design a structure costing £60-80,000 which can fit inside an arch to make it safe, warm and dry without significant structural work, and which could potentially bring hundreds of arches in the borough into use as workspace and retail.

On the opposite side of Loughborough Road is Loughborough Farm, a community gardening project launched August 2013. The volunteer-led garden offers food growing, horticultural training and community events. Owned by Lambeth, the site is classed as employment use, and the council has attracted £1.64m from the London Regeneration Fund to build workspace while retaining green space and a focus on food.

The council will provide the land on a 20-year lease, and will work with Meanwhile Space to provide a commercial kitchen and food business incubator, offices, co-working space and a workshop. The 20-year lease will help support affordable rents, since the payback of build costs can take place over a longer period. The council hopes that by stimulating activity in the area, it will become viable to open up new routes to the nearby station and town centre, and convert more empty arches into commercial space. 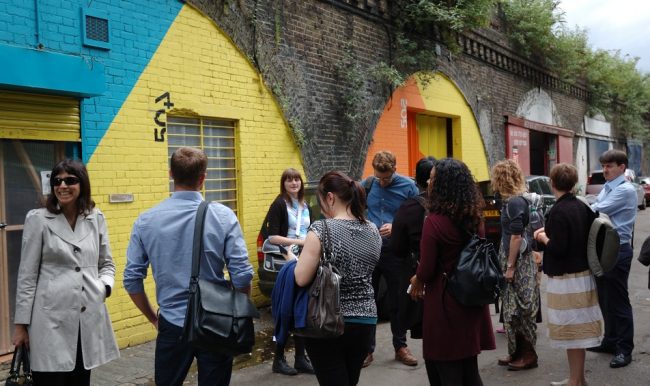 Originally based in Lambeth town hall, Impact Hub Brixton moved to Pop Brixton in 2015 when the town hall closed for refurbishment. The hub is a network of similar spaces around the world; there’s also an Impact Hub in Islington.

Impact Hub Brixton provides co-working space to early-stage businesses and those focused on social impact. Its 225sqm space in Pop Brixton is underwritten by the council in return for meeting social outcome targets. The hub is run on a membership model, with members getting access for different amounts of time depending on their membership level – members can start with a few hours’ access a month and upgrade as necessary.

Impact Hub also offers free space one night a week to start-ups who can’t afford membership but would benefit from access to the diverse charities and social enterprises using the space.

Joost Beunderman, Director of Impact Hub Brixton, stressed the value of the community and the informal learning and collaboration that come from sharing space; an internal survey reported 43% of respondents saying they had worked on projects with another member.

This Brixton workspace trip was also part of FoL’s Future London Leaders programme, with visit participants including Round 13 candidates. To find out more about FLL, contact Sabrina Belle. 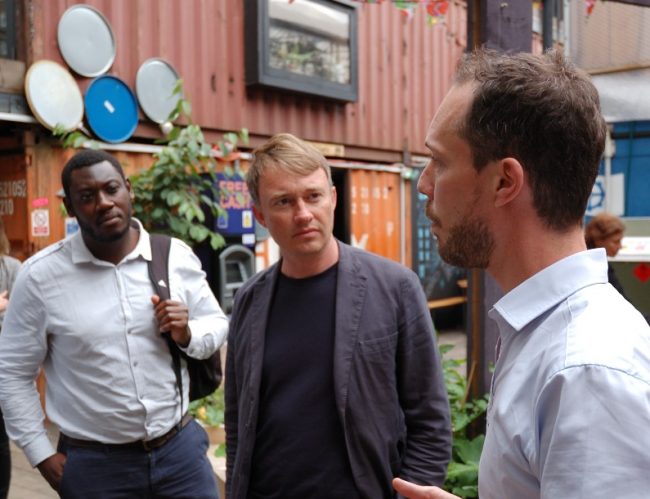 This programme is kindly supported by: