Future of London’s second cross-sector Brexit briefing was understandably more sobering than our first, on 15th July. As keynote Tony Travers said both times, early impacts were not as dire as expected – in part because, as Bilfinger GVA’s Gerry Hughes noted, Brexit is not a debt-led crisis like 2008, and because, as both Travers and Lewis Silkin partner Clare Reddy pointed out, we are still in the EU. Speakers at our first session even highlighted opportunities – for devolution, investment and a sharpened focus on quality and value – to be plucked from the turmoil. 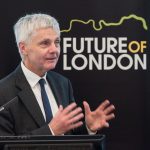 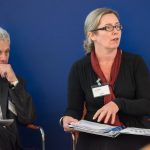 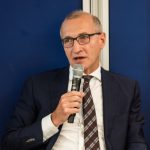 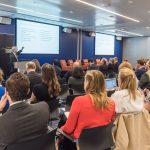 Still, the consensus on 29th Sept was that this is no time for complacency – and that was before the Prime Minister announced that government would trigger Article 50 in March 2017, precipitating a ‘hard Brexit’ with less scope for negotiation. The GLA’s David Lunts likened this period to the “phoney war” from Sept 1939 to May 1940 – a calm before the storm.

Among the nuggets of good news is that Mayor Sadiq Khan has been using this hiatus to campaign: for devolution; possible regional work visas; and continued international investment and tourism via the #LondonisOpen initiative.

Locally-driven action will help, but it will take more for London to cope with population growth that Brexit shows no sign of dampening. LB Haringey’s Lyn Garner, leading on some of the capital’s largest development partnerships, called for government reassurance, particularly on infrastructure and housing, through the Autumn Statement and the Housing & Planning Act. There have been positive signals from the Chancellor and new housing minister Gavin Barwell, including on affordable housing; details are yet to come.

Arup’s Richard De Cani reasoned that investment in major infrastructure will also continue, as it offers government an easy way to demonstrate confidence and leverage investment for growth. The Chancellor has cited high-value projects as a priority, though there is a risk that government funding could be spread more thinly across the regions. Maintaining that confidence in London as a resilient economic driver will help draw – and retain – the right investment partners. 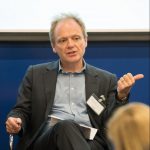 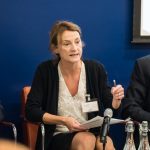 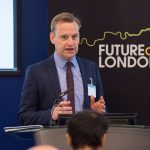 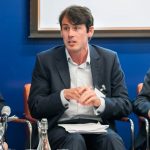 Clearly, the impacts of Brexit – from migration through City passporting to new trade deals – are manifold and interlinked. As LCA’s Chris Madel brought home, the key is to pay close attention and lobby hard and cohesively.

As in July, this session was kicked off by a briefing from LSE’s Tony Travers (in London this time), followed by sector responses and moderated Chatham House discussion.

For updated links to a selection of briefings, download here.

If you have questions or suggestions on the links, contact amanda@futureoflondon.org.uk.

Moving ahead, we’ll work with others to understand and help mitigate emerging impacts and act on opportunities like devolution. Much depends on the 23rd November Autumn Statement – watch this space!