In October, the GLA published A City for All Londoners, setting out London’s top challenges and opportunities throughout key policy areas. The new Mayor’s Transport Strategy (MTS) will build on this document and determine London’s transport priorities for the next 25 years, ensuring integration of transport with spatial and economic development, highlighting new funding mechanisms and providing a framework for delivery.

At the first event in our Priorities for Transport in a Growing London series, developed in partnership with Arup and TfL and co-sponsored by Lewis Silkin, we heard from a range of speakers on the challenges and opportunities for transport in the city. A summary of their talking points is below.

Val Shawcross, Deputy Mayor for Transport, began with an overview of the new administration’s ambitions for the upcoming MTS. A core objective is to build a fairer city through initiatives such as fare freezes, the recently-introduced bus hopper fare, safeguarding and improving bus services, station upgrades for step-free access and delivering new homes with a high affordability target on TfL land. South London will enjoy better service, reliability and capacity through large projects such as rail devolution and the Bakerloo Line extension, helping this part of the city become better connected. At the community level, support for cycling infrastructure will continue alongside improvements for pedestrians with more pleasant, green and quiet public spaces through the Healthy Streets programme. 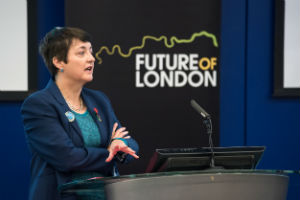 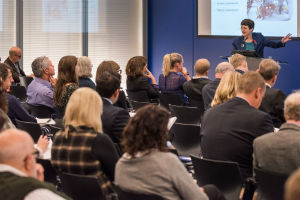 Lucinda Turner, Acting Head of Borough Planning at TfL, pointed out that TfL needs £3.4bn of income to deliver its goals and operations in coming years. £1.1bn of this will come from property development. TfL has 75 shortlisted development opportunities over the next 10 years that can provide 10m sqft of residential and commercial space – largely in Zones 1 and 2, with more opportunities to come in outer London. Rail devolution will bring additional opportunities around ‘station intensification areas’. Further financing could come from partnerships and land value increases. Alongside this commercial approach, as a public service provider TfL must ensure new development integrates communities and supports exemplar placemaking.

Richard de Cani, Planning Leader at Arup expanded on the challenges of using transport to unlock development. London has more than 300 potential transport-oriented development sites, each highly complex due to unique constraints and often multiple owners. Space over and near stations is rarely developed in London, despite offering good opportunities for intensification and income. The new MTS and London Plan could help cut through the complexity and prescribe a way of doing station-oriented development that facilitates London’s growth and prosperity. Great successes over the last 15 years to encourage modal shift from cars and create jobs must also continue, particularly in outer London where car travel dominates.

Mark Frost, Head of Traffic & Transport at LB Hounslow, highlighted the difficulty of getting funding for ‘intermediate’-level projects, despite strong evidence of their value. For example, a rail link from Brentford to Old Oak would yield 180 jobs and 25 homes per million pounds invested, which is likely to be far more than larger rail extension projects. Transport schemes are integral to Hounslow’s growth and could deliver up to 10,000 homes and 30,000 jobs; without investment in transport, these numbers drop to 3,000 and 5,000 respectively. The Healthy Streets agenda should also be a cost-effective measure for outer London boroughs. For example, £6,000 of investment in Isleworth removed 2,000 cars and increased walking and cycling. Promoting modal shift from a public health angle also helps achieve buy-in from residents hesitant to lose parking and road space. 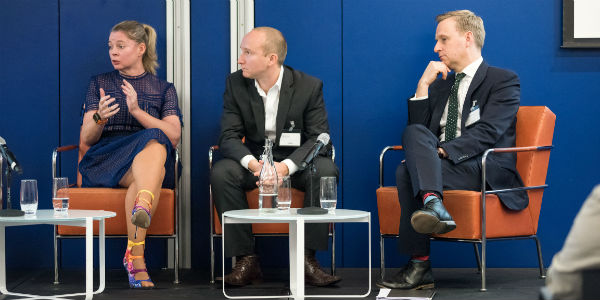