Located along the fringe of the Old Oak and Park Royal Development Corporation’s operating boundary, North Acton is seeing significant change. New student accommodation and residential development will soon be accompanied by mixed-use regeneration. In late November, Future of London ran its final 2016 Workspace field trip to Park Royal to learn how this will affect workspace. Lori Hoinkes, Park Royal Business Manager at OPDC, highlighted the local plan’s ambitions to deliver a mix of uses around North Acton station with employment facilities to include flexible and open workspace for SMEs. Not only will this support new jobs, it’s intended to contribute to a sense of place and vibrancy for North Acton.

At commercial kitchen provider Dephna, Manager Nimesh Sachdev explained that the company began as a family importing business in a single warehouse and has evolved to provide office space, storage, cold rooms and commercial kitchens across six London sites. At the Park Royal location, 25 kitchens provide space for businesses ranging from SMEs to well-known restaurants. Kitchen units have a basic fit-out to accommodate diverse tenant needs and their 6 × 6 m modular structure offers flexibility for tenants who need extra space. As the OPDC local plan anticipates a new public square near Dephna, Sachdev is keen to establish its role in the community by creating a new ‘culinary quarter’ with street-facing restaurant/café units for tenants to sell direct to the public. 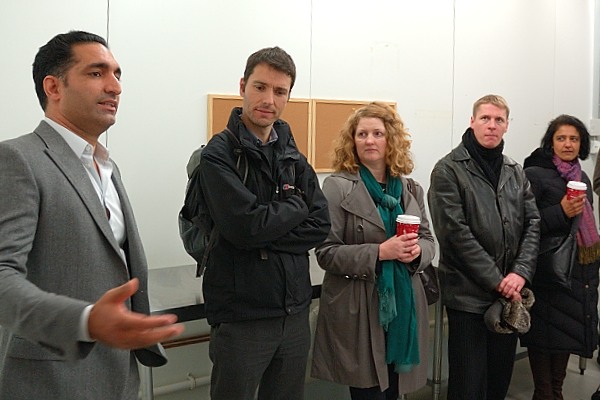 In the nearby Perfume Factory building, CoClub offers co-working space with access to meeting rooms, event space, an on-site café and mentoring. Jason Sodha, Director of CoClub, shared his ambition to expand the space’s offer by having a high street bank represented on-site to work with tenants and develop tailored financial plans.  The space currently houses 35 companies across 94 dedicated desks (£199/month) and 10 hotdesks (£19/day). Among the tenants is OPDC, which rents space for a small team of staff in order to have a local presence during redevelopment throughout Park Royal. The Perfume Factory itself is part of this redevelopment, having received planning permission to be replaced with private rented flats.

Alex Henebury, Director of the nearby Light Factory Studios, spoke about his experiences of running a community interest company providing 60,000 sqm of space for 20 artists and craftspeople. Tenants at Light Factory generally seek long-term leases and prefer a barebones space to make into their own, which helps keep costs down. Henebury noted that despite high demand for makerspace, it’s difficult to expand provision because suitable larger buildings – which are more flexible and cost-effective to run – are in short supply, exacerbated by redevelopment. Rather than lose makerspace in favour of residential, he favours finding an approach that allows the two to exist side by side.

Director Alex Molokwu has seen fast growth at Cowork Hub over its 16-month lifetime. Now almost at full occupancy, Cowork Hub has 34 tenants in 1000 sqm of office space. Tenants include start-ups and established businesses with a range of products and services, including a shampoo maker, web designer and town planner. Dedicated desks (£275/month) and hotdesks (£20/day) are available alongside access to meeting rooms, a gym, games room and networking events. With high demand for workspace in London, Alex plans to expand Cowork Hub to two new sites by dealing directly with landlords and building owners to procure space. As with Light Factory Studios, the size of the space is important: for Cowork Hub, below 465 sqm/5,000 sqft is not viable to operate.

Launched with notable press coverage in May 2016, The Collective is known for its co-living model. For £250 per week, residents get a 12 sqm room, all-inclusive bills and access to abundant communal amenities, such as kitchens, cinema rooms, gyms, a spa, a roof terrace – and workspace. Alex Hill, Workspace Managing Director at The Collective, explained that unlike other amenities, workspace is open to the public on a membership basis, with fixed desks and hotdesks available to rent. Networking events, workshops, mentoring and investment opportunities are part of the package, and outside of working hours, the space is used for events. Hill explained that the living and working areas of the building were treated as separate entities for planning purposes, and are run on independent business models. 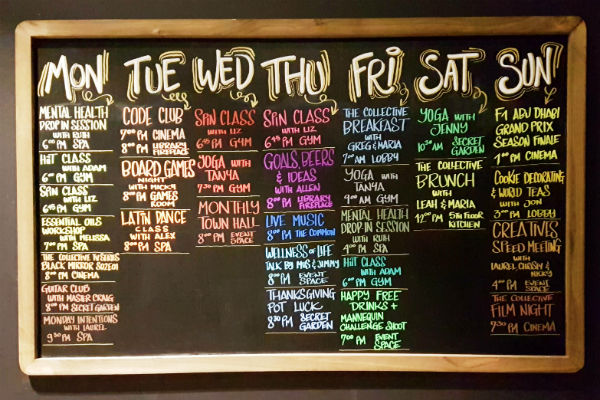