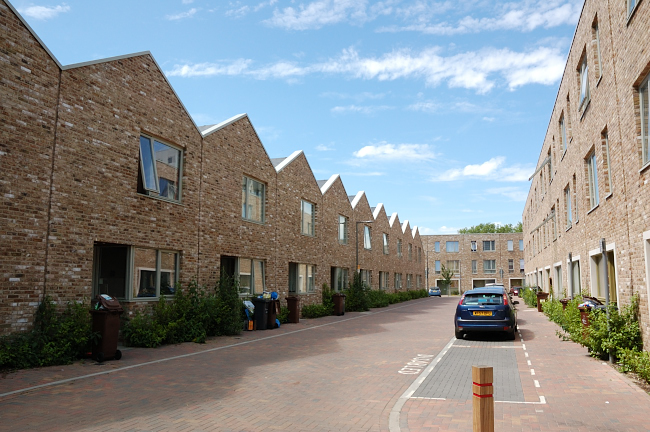 ‘Build to Rent’ housing designed and managed specifically for private renters is on the rise in London – there were four times as many private rented sector (PRS) schemes in development at the end of 2016 than in the previous seven years.[1]

The new wave of institutionally-funded products focus on functional design, bespoke management, community facilities and greater tenure security, presenting a desirable alternative to the inconsistent and Buy to Let-dominated existing PRS. But this alternative comes at a cost – typical Build to Rent apartments built by private developers are let at the top end of market rates in an area.

London boroughs and housing associations are also getting involved in PRS development. Boroughs are turning to the private market through wholly-owned development companies. Developing this way bypasses the borrowing restrictions of their Housing Revenue Account (HRA). Housing associations are diversifying their portfolios in response to social housing grant cuts, using revenue from market sale and rent to cross-subsidise affordable housing.

“Both public and private-sector developers are attracted to the counter-cyclical nature of Build to Rent,” says Jo Wilson, Future of London’s Head of Policy and research lead. “While the sector does not offer the high capital returns of for-sale development, it is less volatile and susceptible to macroeconomic shocks. This is particularly relevant given the uncertainty around Brexit.”

The research gives an overview of current PRS development in London, which includes high-end, amenity-rich Build to Rent development and conversions of housing of other tenures. It also includes a high proportions of office to residential conversions, which can be executed outside local planning frameworks through a General Permitted Development Order (GPDO).

“The PRS is an increasingly complex sector,” says Wilson. “Permitted development schemes are not necessarily poor quality, but the fact that they do not have to abide by space standards is concerning, and it seems unjust that these schemes are also exempt from affordable housing contributions.”

Public-private partnerships can be part of the solution. If a developer works with a not-for-profit landowner, such as a local authority, it should get access to land without having to bid against for-sale house builders. The landowner gets an equity stake in the completed development, a long-term revenue stream and greater control over rental values and other aspects of the scheme.

“Joint ventures should be win-wins if both parties can balance respective risks and returns,” adds Wilson. “Public-sector involvement in Build to Rent will instil social objectives into the sector, alongside the scale and capacity of private developers. Collaboration – and sometimes compromise – will be key.”

To facilitate this process, the report includes separate recommendations for CLG; the GLA; local authorities and housing associations; and developers and investors.

Future of London is an independent not-for-profit policy network focused on the challenges facing regeneration, housing and infrastructure practitioners in the capital. We are a borough-led membership organisation with a number of external partners, and provide top career development, expert-led policy research, and topical networking and events.