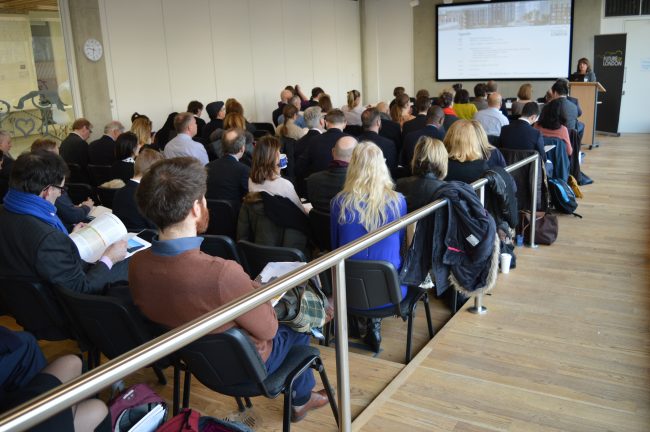 London is more reliant than ever on its private rented sector (PRS), including over 250,000 households with children.[i] Both public and private sectors are recognising the potential of new-build PRS development – often dubbed ‘Build to Rent’ – as an alternative to the existing PRS and its challenges. This sub-sector of the PRS is undoubtedly growing – there are currently 38,079 new-build PRS units completed, under construction or with planning permission.[ii] Many of these are institutionally funded, large-scale, professionally managed blocks offering longer, more secure tenancies. But who are they for and what is the case for London’s local authorities and housing associations to get involved?

Making the Most of Build to Rent in London, a new report from Future of London, co-written by LSE London’s Kath Scanlon, outlines London’s PRS development landscape, makes the case for public-sector involvement – as developers, landowners and planning authorities. It sets out recommendations for both public and private sectors, and calls for the public sector to develop socially minded Build to Rent – alone or in partnership with developers and investors. The report launch on 19 January brought together cross-sector guests and panellists to discuss research findings.

FoL’s Head of Policy Jo Wilson presented report headlines. Depending upon risk/return appetite, local authority involvement could be land disposal, joint venture (JV) models, council-owned companies or direct development. Whichever model an organisation opts for, it should bring in additional expertise at necessary stages – private and social housing are not the same.

Housing Strategy and Programmes Manager, Jeff Endean explained that LB Lewisham is seeking investment partners for a 50:50 JV to deliver a 100% private rent development on their land. In putting together the business case, LB Lewisham was struck by two key benefits: it’s a good way to boost supply without adding competition to the market, and amenity spaces can be geared towards community facilities. The high proportion of Londoners (including families and vulnerable groups) that occupy the PRS, and current patchy standards, warrant local authority involvement. “Pragmatic partnerships” with developers and investors offer expertise, capacity and funds, while enabling the council to retain a level of control.

Greystar is the largest global provider and manager of Build to Rent, with a growing stake in the UK market. Projects Director James Pargeter provided a commercial perspective, stating that Build to Rent can provide a more continuous spectrum of price points, in response to the “affordability gulf” between social and for-sale housing. Private Build to Rent schemes can also bring wider benefits to an area and reinvigorate underused sites. Greystar seeks to work with local authorities in joint venture partnerships to achieve the best long-term objectives for both sides, as well as local stakeholders.

As Director at Assael and Heseltine estate regeneration panellist, Félicie Krikler offered Build to Rent design and placemaking input. Build to Rent plays an important role in phasing large-scale renewal schemes: forward funding from investors and the speed of delivery/absorption of units kick-start an income stream, while tenure variety provides resilience. The design brief, site context and management strategy should go hand-in-hand. Build to Rent design goes beyond individual apartments; front of house, residents’ shared areas, residents’ private areas and back of house are all integral. In theory, these zones could be adapted to suit different demographics, though currently Build to Rent is dominated by young sharers.

LSE London’s Kath Scanlon raised the question of what will happen to these developments after the covenanted period; are investors – and even local authorities – in it for the long haul? Build to Rent is not currently a standalone part of the residential market in the UK, as it is in other countries. However, this should not stop a secondary market developing, lowering rents and appealing to a wider demographic. In terms of influence on the wider PRS, Kath reminded the audience that innovation can raise the bar of what’s possible, no matter how small a proportion of the existing market.

During moderated discussion, questions were raised around London Living Rent proportions, target market rents and whether Build to Rent works in inner London. As the GLA SPG does not specify a proportion of LLR per development, it will be up to developers and planning authorities to show what is possible. Greystar’s market rents will be at a premium to those in the immediate area due to the high-quality offer, amenities and inclusive package, but there will be some flexibility. Developer Realstar cited its existing Zone 2 Stockwell scheme, as well as the forthcoming Zone 1 Newington Butts scheme, completing at the end of 2017. Rents are higher, and viability a challenge, but there is an appetite for high-quality, inner-London PRS housing.