This month’s Spotlight is a guest blog from Chris Paddock, Director at Regeneris and partner on our 2017 placemaking programme.

From Abbey Wood to Yiewsley, London is a dynamic mosaic of some 1,500 distinctive places. Within its jurisdiction, the London Plan identifies more than 1,400 “activity centres” from international districts such as Knightsbridge to suburban parades of shops (GLA); add City of London sites plus areas people identify with but which aren’t easily quantifiable, and the numbers climb. 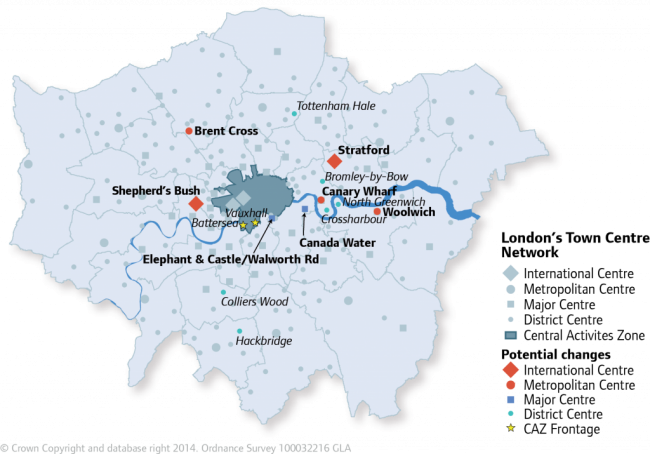 These places are historically important to London’s social, economic and psychological geography and inherent to its identity and how we live and work in the city. It goes without saying then, that how we plan, appraise, design and use places continues to have a prominent role in the city’s evolution.

Both the public and private sector have shown greater recognition of the value of good placemaking in the last decade. Commercial developments such as King’s Cross have recognised the mutual benefit of better public spaces and stronger local identity as fundamental to success. At the same time, local authorities and the GLA have invested heavily and actively in a variety of locations, notably through the Outer London Fund, London Regeneration Fund and High Streets Fund.

A significant proportion of Regeneris’s economic consultancy work now has a strong placemaking element, either directly (evaluating specific investments) or indirectly (e.g. supporting planning for development or developing local economic strategy). The evidence we use to demonstrate the value of these projects has evolved considerably, but there is still a lot more that could be done across the sector to demonstrate (good) placemaking’s real value. This is why we’re keen to work with Future of London and partners on how we can better support placemaking with good evidence, and make a stronger case for investment.

The way we measure the success of placemaking projects is constantly changing. 20 years ago, projects were judged on footfall and public opinion. In the last 10 years, our frame of measurement has become more technical and economically focused, responding to government-supported appraisal and evaluation tools.

Recently, the focus has shifted towards assessing social value and how interventions in places affect the people and communities using them. This is particularly important in diverse agglomerations like London, as it helps us understand how places support interaction and build community strength. It is, however, very difficult to track.

The industry is also starting to draw on emerging technologies and to use existing tools in new ways. Sources such as mobile phone data give us greater breadth of information plus new ways to understand how places are used and by whom. The challenge is using new tools and technologies to develop approaches that adequately balance placemaking’s economic, social and commercial benefits.

The heightened debate on gentrification in so many cherished parts of London makes this a good time to think about placemaking. Increasingly, placemaking initiatives are cast as a precursor for gentrification, benefitting newcomers at the expense of an existing resident and/or business community. This is clearly not the intention of those involved, but we sometimes lack the evidence to provide reassurance and engage those affected in a more effective dialogue.

The role of the public sector in placemaking will also change in coming years. Budget cuts and pressure on planning obligations (to the extent where good placemaking can be traded off against affordable housing) means the question of ‘Who pays?’ is increasingly relevant. Again, we don’t yet collect adequate information on where and when benefits accrue – and hence, on who is most responsible and/or best equipped to contribute.

Like good placemaking itself, agreeing practical recommendations on how best to value these interventions requires time, transparency, a selection of proven tools and broad involvement. By bringing together a range of partners, Future of London is accelerating this process. We will all consider this 2017 programme successful if it can move the debate forward and have some practical impact on how we create stronger identity for London’s 1,500 places and beyond.