With more than 44% of London’s residents of BAME origin and 85% of Millennials saying an employer’s diversity record is key to deciding whether to work for them,  it’s clear that all-white-male panels are not only unrepresentative, but increasingly unappealing and outdated.

Future of London’s Speaker Diversity Pledge, supported by the Mayor of London, offers a solution, by helping to freshen urban debate and promote speaker panels that better represent the capital’s population. The pledge inspires a shift in attitudes and behaviours within organisations, and complements FoL’s Speaker Diversity Network – a resource to match expert speakers from a range of backgrounds with event hosts.

On 23 February, FoL brought together its Diversity and Alumni Networks to celebrate the pledge campaign’s six-month mark. The evening kicked off with short presentations from the FoL team, campaign champions and Alumni Network reps, followed by a chance to connect or re-connect over refreshments. Thanks to GVA and Hadley Property Group for their sponsorship.

James Murray, Deputy Mayor for Housing & Residential Development, was the first pledge signatory in August 2016, and encouraged others to sign up for the benefit of London. He and an increasing number of public- and private-sector senior executives now make it a policy to decline speaking engagements featuring single-demographic panels.

FoL Project Officer Olivia Russell backed that up with evidence of single-demographic panels increasingly being questioned, and of more conscious decision-making when it comes to hosting speaker-led events. “We’re delighted that close to 100 top organisations have signed,” said Russell, “including eight membership bodies representing tens of thousands of London and UK entities.”

FoL Chief Executive Lisa Taylor agreed, pointing out the importance of extending diversity work beyond gender, to promote and support the full breadth of under-represented voices. One guest pointed out later that the standing reception wasn’t ideal for a diversity event (chairs were available). “Of course we’ll take that on board,” said Taylor. “There’s a lot to tackle in this area but we want to listen, and welcome advice from ability groups on how to make field trips and events more accessible.”

Alumni representatives Josephine Vos of TfL and Naomi Pomfret of LB Barking & Dagenham wrapped up the formal part of the evening, explaining how FoL’s Leaders programmes help prepare the next wave of leaders for London’s complex challenges, and outlining the 2017 Alumni programme. Watch for news and events on the Alumni Network page.

“There’s a lot of cross-over between the Alumni and Diversity networks,” said Taylor, “not least in terms of new voices – and in terms of supporting women and minorities to move up through senior levels.

Interested in any of the above? Join us! Individuals and organisations can complete the Speaker Diversity Pledge e-form, and there are a number of training and networking opportunities involved. To learn more about Future of London’s Diversity programme, including upcoming events, contact diversity@futureoflondon.org.uk. 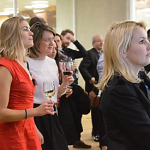 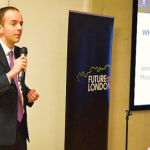 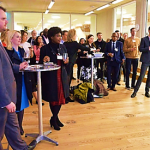 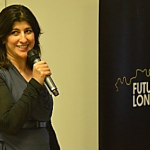