Placemaking is a malleable term, open to interpretation. Whether it’s physical design characteristics, land values, job creation, biodiversity, new amenities or simply a sense of well-being, people assign different values to areas. Everyone knows a good place when they’re in one, but there’s no magic ingredient or singular approach. 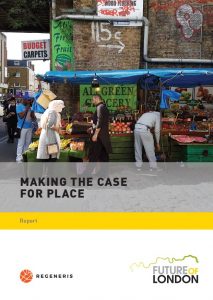 Future of London’s 2017 programme, Making the Case for Place, set out to better understand how different stakeholders value the impacts of placemaking, and how to foster greater common ground between their views and interests. On 29 November, Future of London and research partner Regeneris launched the Making the Case for Place report and shared findings from the programme.

Having moderated the debate that kicked off the programme in February, OnLondon’s Dave Hill returned as compere for the report launch, opening with a reminder that change in London can be very fraught. He called for the audience to think hard about what people want from placemaking and to remember that the placemaking process doesn’t end with development.

Chris Paddock, Director at Regeneris, explained that existing toolkits and guidance for valuing placemaking have merit but are used in isolation. They also tend to focus on the start and end of development, leaving little space for reflection on how a project evolves over time, or what happens after completion. Better understanding of the nuances of places and impacts of placemaking will build more inclusive places.

Amanda Robinson, Research and Programme Manager at Future of London, discussed the report’s guiding principles for public- and private-sector placemaking delivery bodies. These are chronological and cyclical to highlight the important concept of placemaking as an ongoing process. She also pointed to the report’s case studies as innovative ways of valuing place and placemaking, stating that sharing effective valuation practices will improve placemaking throughout the city.

Speakers were invited to respond to the report findings. We Made That Director Holly Lewis began by highlighting the importance of high streets as places. Their joint report with LSE, High Streets for All, identified 18 valuable aspects of high streets. While crucial for the economy, high streets also have a valuable social and community role, especially for marginalised groups such as the unemployed, elderly and recent immigrants.

Northwest Area Manager Louise Duggan explained that the GLA wants to understand whether local people feel supported in changing places. Audits in London’s key industrial areas – Park Royal, Old Kent Road, and Upper Lea Valley – identified thousands of jobs and businesses. While boroughs and the GLA may view these in economic terms, business owners, employees, and customers see these areas as integral to their livelihood.

Including local people in placemaking contributes to inclusive growth. Sandra Roebuck, Programme Director for Strategic and Neighbourhood Investment, shared LB Lambeth’s experience with StreetWorks, a collaborative project to improve West Norwood and Tulse Hill. Working with communities, the council produced a “manual for delivery” rather than a masterplan to leave options open. Schools were heavily involved, giving young people a voice, and online feedback collected hundreds of opinions and suggestions for improvement. 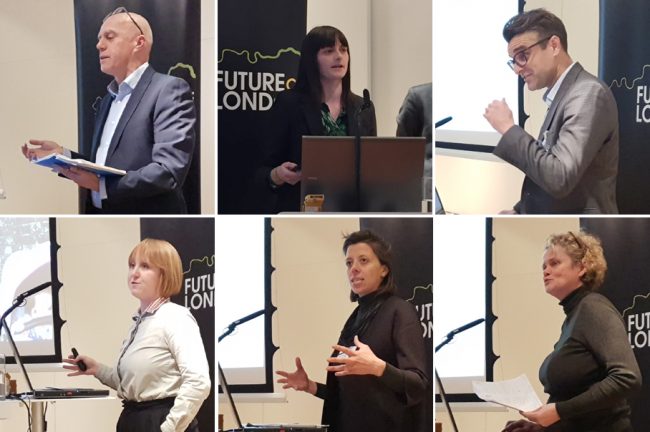 As London continues to change, we hope this report inspires all parties – policy-makers, the GLA, local authorities, developers and communities – to see the value of good placemaking, and create a healthier, more inclusive London.

Thank you to our programme sponsors: