Barriers have been historically entrenched in London’s Queen Elizabeth Olympic Park (QEOP). As a former industrial area, the waterways, railways and roads previously integral to its economic survival today risk severing the park both internally and from its surroundings. And, touching on five administrative bodies – London Legacy Development Corporation (LLDC) and London boroughs of Tower Hamlets, Hackney, Newham, and Waltham Forest – potential cross-borough hurdles abound. On 2 May, we visited the Olympic Park with candidates from FLL18 to understand how stakeholders, led by the LLDC, are working to overcome these barriers. 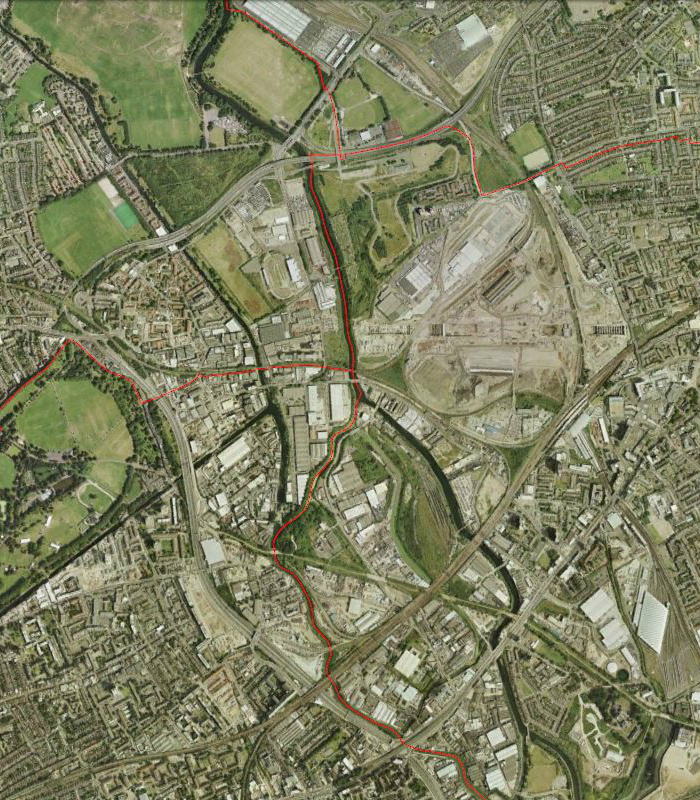 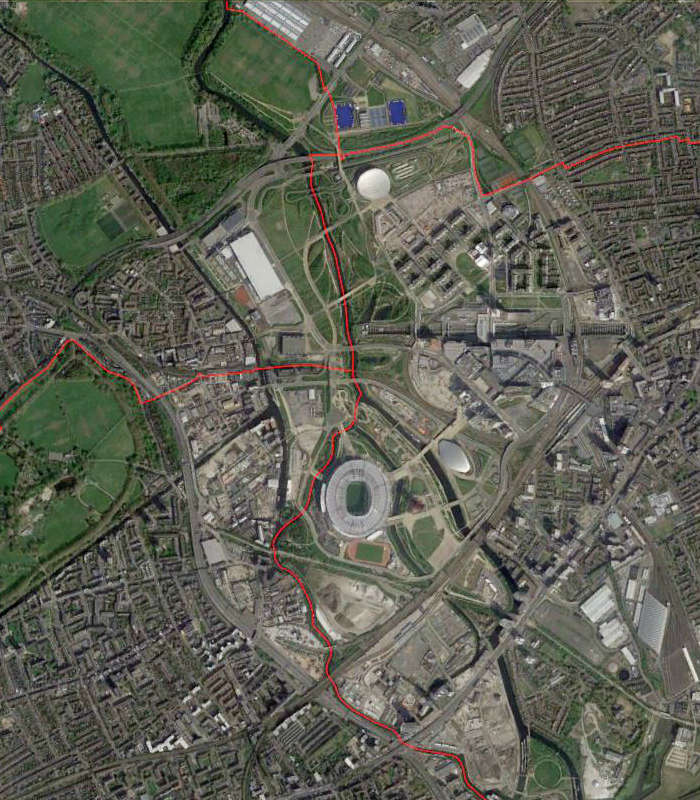 Working across boundaries: LLDC as co-ordinator

The LLDC formed in 2012 to use the opportunity of the London 2012 Games and the creation of QEOP to develop a new, integrated neighbourhood for east London. Tony Westbrook, Head of Development at LLDC, explained that part of the organisation’s remit is to connect QEOP with the rest of London, overcoming the social, economic, and physical barriers separating it from neighbouring areas. Being structured as a development corporation allows LLDC to take a long-term, co-ordinated approach across four local authorities, cutting through potential inter-borough administrative barriers.

Laying the groundwork for connectivity

To deliver an accessible Games and successful legacy, it was imperative that the Park connected with its surroundings. A new street pattern and nearly 50 new physical links to and within the park unlocked capacity for ongoing development. At the same time, LLDC spread ‘hidden’ infrastructure throughout the park: utility lines were buried and bolstered to feed energy-hungry venues while new digital infrastructure offered unrivalled internet and communications capacity.

The former Olympic broadcasting centre is an example of a venue making the most of the Park’s new infrastructure. Now operating as Here East, a hub for high-tech, digital companies and research, the facility is an essential component in the LLDC’s East Works programme, which connects local talent to the future economy. Jennifer Daothong, Head of Strategy and Sustainability at LLDC, highlighted programmes such as Flipside, which combines hands-on industry experience with foundational classroom learning for local residents looking to break into the tech sector, and Plexiglass, an 8-week accelerator programme, focused on championing innovative women who are using tech like artificial intelligence and augmented reality.

Integrating the park into East London requires more than physical infrastructure: routes in need to be welcoming and local people need to feel the park offers them something. One way of attracting people to the park is in the strategic placement of new schools around its perimeter, bringing a daily influx of students and parents from both surrounding and new neighbourhoods. The upcoming UCL East campus will have a similar effect.

Transport links are also being improved to handle more capacity and direct visitors to the park. Hannah Murphy, Principal Growth & Infrastructure Planner at LB Tower Hamlets, explained how Hackney Wick station is being upgraded thanks to funding from LLDC, GLA, LB Tower Hamlets, LB Hackney and Section 106 contributions collected by LLDC (in its role as planning authority). On completion, the station will be fully accessible with a new north-south route under the railway. Janet Townsend, Director of Development at LLDC, noted that the station upgrade is central to the new Hackney Wick neighbourhood centre, which will offer homes, retail, community facilities and affordable workspace.

While Stratford and Pudding Mill Lane stations have also been improved, the route into the park from the latter is through an underpass with minimal signage or park-related branding – not exactly befitting the station nearest to the Olympic Stadium. Other routes from the south are similarly challenging. Wide, multi-lane roads (albeit with minimal traffic) also cut across the south end of the park, adding to the severance. For visitors arriving from Stratford High Street, there’s the additional challenge of crossing that busy road and navigating to the park with little to no signage.

Sophie Backhouse, Design Manager at LLDC, outlined ambitions to ‘humanise’ these areas using upcoming Section 106 contributions to fund interventions. Ironically, the underground utilities integral to the park’s operation and digital connectivity are now a challenge to negotiate as opportunities to improve the character and activation of this area with small-scale development projects are explored: once buried, utility lines are expensive and difficult to relocate or retrofit.

Connectivity is just as important within the park as to and from it. The Olympic Park has complex topography, characterised by waterways at the lowest level, the park itself at the highest level, and roads and railways in between.

The combination of this infrastructure and topography created challenging conditions for the area’s masterplan, particularly in making an environment fit for the Paralympic legacy. To retain the different ‘levels’ and offer visitors access to the waterways, the masterplan developed paths linking all levels of landscape with accessible gradients. The paths offer good access across the park but level changes can be difficult to navigate. Maps and flags with strong branding throughout the park provide wayfinding, help draw visitors into key areas, reinforce sense of place, and build an identity for the park.

Consideration of access extend to former Olympic venues. Jennifer pointed out that the former Olympic Stadium (now the London Stadium), built on an ‘island’, disrupts east-west desire lines. Although bridges connect it to the park even on non-event days, LLDC wants to integrate the stadium in the ‘social’ landscape of the park through a roster of events which appeals to local people. Nearby, the London Aquatic Centre shows the way, with affordable fares attracting local people as well as Olympic athletes – a clear Olympic legacy success story.

This field trip was arranged as part of a Future London Leaders course and was not a public event. Our series of public field trips on the topic of Overcoming London’s Barriers begins on 6 June with a visit to Canary Wharf and Poplar. This event is now full, but join our mailing list to receive invitations to future public events, including field trips to Croydon, Lewisham, and Finsbury Park.