The week before the recent local elections, a group of alumni came together for a bespoke preview, hosted by London Communications Agency. 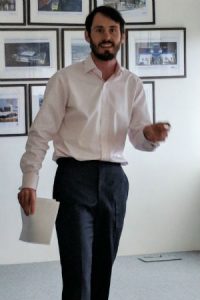 First we heard from LCA Director Chris Madel, who gave an overview of the LCA’s analysis of the boroughs and predictions for winners and losers on election night. We haven’t done a borough-by-borough analysis of how accurate their predictions were, but it’s safe to say they were pretty spot-on.

Next up, prominent London blogger Dave Hill gave us his reflections on the political debates that have played out in the run-up to the election. Housing, and in particular estate regeneration projects, have come under a lot more scrutiny in recent months with legitimate questions being asked about whether all of these schemes are delivering what London needs.

These questions – about displacement, and about who benefits from the physical transformation of an area – are not going away, and practitioners including FoL alumni need to be conscious of how they respond. The recent elections may only have been the beginning of the debate.

Finally, the alumni had a great pep talk from TfL Director of Spatial Planning Lucinda Turner. Lucinda gave us some great examples from her own career where she had to manage the transition between political masters. She highlighted how this can sometimes involve producing the counter-argument to briefings which she herself had written under a previous leadership! 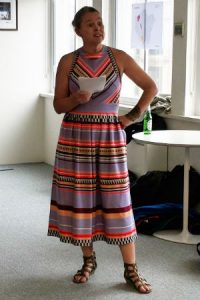 Lucinda gave us a clear reminder that FoL alumni all work in a political environment in one way or another – and that the work we do is inherently a subject of political debate. Understanding this, and being able to manage a political transition, is a key skill that all alumni will need throughout their careers.

Now that the dust has settled and local authorities are getting back to their usual schedules of meetings and decision-making, we should have a break until the GLA and Mayoral elections in 2020. That is, of course, unless we get another snap General Election before then, which would mean further top-down change from Westminster and Whitehall. Until then, we all have enough on our plates to try to drive through the next set of improvements to London – which all FoL alumni try to deliver every day.