This is a guest post from Rob Krzyszowski, FoL Leaders Alumni – as first appeared in The Guardian (25 February 2017).

“It’s my job to create local plans, work with developers and protect our town and countryside. But constant change has made our work much harder.”

Apart from fans of the Jam’s track The Planner’s Dream Goes Wrong, most people only encounter town planners when they want to build a house extension or object to a neighbour’s plans.

Another breed of town planner is an even rarer sight. I lead a team of policy planners in a local council. We write the “local plan” for the whole borough – essentially the rule book that helps decide whether a new development gets planning permission or not.

Policy planners like me are becoming an even rarer sight in local councils – and so are local plans. Planning departments have seen cuts of 46% since 2010 [pdf]. This means less planning power for your local council to shape for the better the places in which we all live and work. As the government’s housing white paper makes clear, since 2012 only a third of councils have adopted a local plan, and 34 councils have not published a local plan for consultation since 2004. 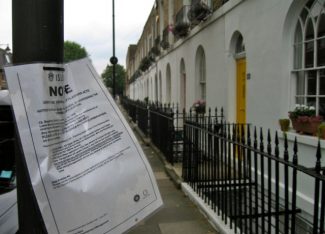 This matters, because local plans make a real difference. In London, for instance, a new planning policy to restrict basement developments, in response to residents’ concerns, has reduced significantly the number of planning applications for new basements. Local plans help councils be active in thinking where to encourage new development, rather than being forced into constantly reacting to developers’ proposals.

Originally, I was going to study geography but one of my teachers asked if I’d heard of town planning – and I’ve never looked back. I’ve been working in planning since before I even graduated. It’s an enjoyable and stretching job, and I’ve worked in many highly professional and dedicated teams.

The importance of planning in helping to solve the housing crisis has been acknowledged by the government, which we welcome, but constant changes to the planning system over recent years have been a distraction from us being able to get on with the job.

We know everyone wants a faster planning process but take, for instance, the introduction in 2015 of starter homes, the government’s new plan of low-cost home ownership. That has meant many councils, including the one I work for, have had to commission specialist viability research to assess the implications. That’s just one of many new requirements that take time and money and slow down plan-making rather than speed it up. The professional body for planners recently found that almost three quarters of planners think constant changes to planning have got in the way of their ability to create and deliver good local plans.

Many council planners are concerned that over the past 10 years it has become more difficult for them to deliver good plans. The planner’s dream right now would be for the government to avoid reinventing the wheel all of the time and let us get on with it.

Rob Krzyszowski, is a member of the RTPI

Find out more about our Leaders courses and Alumni Network