Constructed in the late 1960s on low-lying marshland criss-crossed by decommissioned military canals, Thamesmead was designed around water. Today, the estate’s 7km of canals and 32ha of lakes are an anchor for Thamesmead’s regeneration.

On 25 February, candidates on Future London Leaders round 21 visited Thamesmead to learn how estate owner Peabody is making the most of its blue spaces. The tour aligns with FoL’s major project, Making the Most of London’s Waterways.

Until 1967, Thamesmead comprised part of the Woolwich Royal Arsenal. A series of Victorian-era ammunition storage facilities (known locally as ‘tumps’) fed the neighbouring Arsenal through a network of canals. Moats around each tump separated their volatile caches from surrounding areas in the event of explosions or grassfires during dry summers.

After decommissioning in 1967, the Greater London Council (GLC) took over the site. Recognising both the flood risk from the Thames and the potential of waterways for wellbeing, architects designed Thamesmead to co-exist with water. The GLC built lakes and additional canals to collect excess surface water, inspire calmness, and discourage anti-social behaviour.1 Early waves of housing were designed to sit atop walkways and garages, protecting living spaces from potential floods.

For later phases of Thamesmead, the GLC envisioned a water-oriented neighbourhood where residents would travel by canal and join boating clubs on the Thames.

Although the proto-SUDS was ahead of its time, the vision of Venice-on-Thames never materialised and the presence of water failed to curtail anti-social behaviour. Development turned its back on the canal network, which remained largely inaccessible. Public waterside areas suffered from lack of maintenance.

Thamesmead’s watery origins aren’t unusual for London. Peter Massini, Green Infrastructure Lead at the GLA, pointed out that London’s development historically followed waterways, which now often form borough boundaries – presenting a challenge for management and maintenance. At the same time, population growth and new development is putting pressure on the water network, which is at risk of impending water deficit.2

Thamesmead offers a good example of integrated water management in action, but there is room for improvement, such as making better use of the canal network to absorb surface water runoff and as storage for non-potable uses.

Turning the tides in Thamesmead

Since taking ownership of Thamesmead in 2014, Peabody has put water at the centre of its estate regeneration plans. Dr Phil Askew, Director of Landscape and Placemaking, outlined ambitions.

At Southmere Lake, the Lakeside Centre is being refurbished as a focal point for the community, with artist studios, a creche, and a training kitchen among its new amenities. A new boat store next to the centre will bring boating and watersports back to the lake.

In the riverside area of North Thamesmead, Peabody plans to build 11,000 new homes and intensify activity in the town centre, with a DLR extension improving connectivity. Situated near 2 km of undeveloped waterfront and two lakes, this would be one of London’s biggest waterside schemes, taking place over a 20-year period. Like the GLC in the 1960s, Peabody sees an opportunity to use the waterways for wellbeing, recreation, and connectivity – as well as for supporting biodiversity. 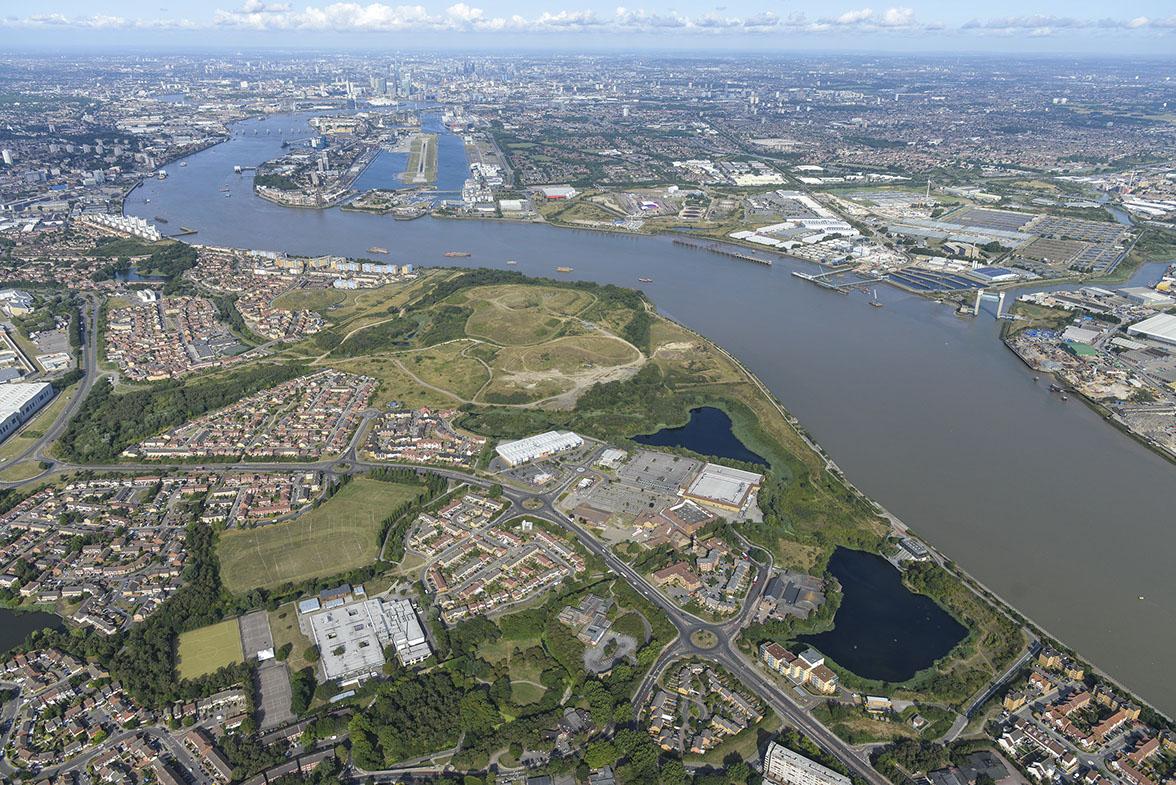 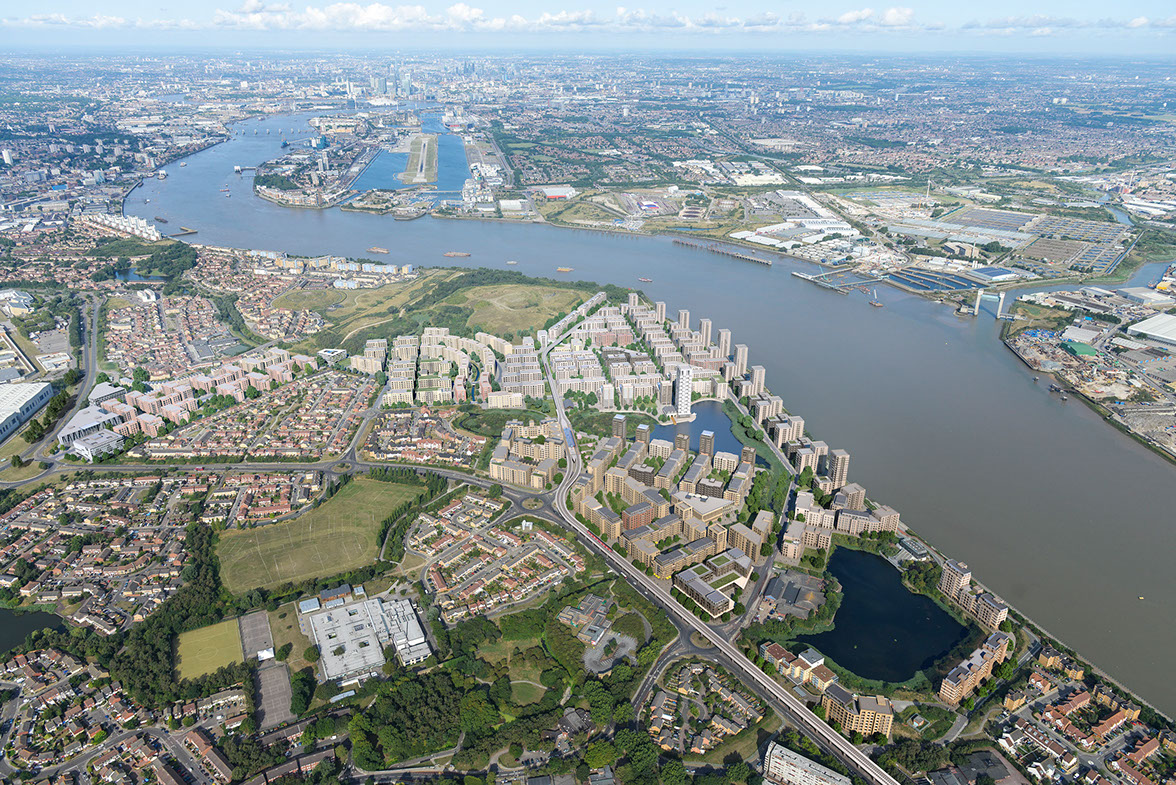 While often an afterthought, regular maintenance of waterways is critical to deliver such ambitions. Peabody is in the fortuitous position of having an in-house team to manage Thamesmead’s waterways, funded by the service charge levied on Thamesmead residents. Led by Canals Supervisor and long-term local resident Chris Waite, the canals team works full-time to maintain waterways and improve access to the canals. They lead important local initiatives in established neighbourhoods, which complement the regeneration-led opportunities described above.

Although Thamesmead’s canals are visible on maps, they’re harder to spot from the ground. Often, local people aren’t aware of Thamesmead’s canal network, expressing surprise at the hidden blue ribbon during Open House weekend and other public tours.

One recent scheme to improve canal access is at the Arnott Close shopping parade along the Harrow Canal. The parade faces the water, but a pedestrian guard rail prevented canalside access. In September 2018, the barricade was removed, opening stepped access to the canal.

Improving access to waterside spaces is just part of the goal – getting people to use them is the other. Chris noted that a key part of Peabody’s communications strategy is to share before and after photos so residents are aware of the new public spaces.

Linking with schools is also important. For example, Tump 53 was locked and neglected for years, until the London Wildlife Trust’s ‘Wild About Thamesmead’ campaign secured £50,000 of Big Lottery Funding in 2013 to establish the site as a publicly accessible nature reserve. So far this school year, 1,000 schoolchildren have visited the reserve to learn about local nature. Thames21 also runs outdoor school programmes throughout the estate.

For Peabody, it’s important that measuring the impact of waterways isn’t just about economic value, but about wider wellbeing and placemaking. Phil suggested that a simple measure of successful regeneration in Thamesmead will be: are more people using public spaces? More formally, methods like Natural Capital Accounting could help, but without backing from the Treasury it isn’t an industry standard. Another challenge is that many benefits of blue and green spaces can only be calculated after a long period, but evidence bases for investment are urgently needed.

This field trip was for candidates on FLL21. The public series of field trips opens soon with a visit to Walthamstow Wetlands on 30 April. To keep up to date with this project and events, join our mailing list.

[1] See p.15 of Ariana Markowitz’s “The Making, Unmaking, and Remaking of Thamesmead” for more information

[2] See Policy 5.15 of the London Plan. “Thames Water, which provides over three-quarters of Londoners with water, projects a significant (around 6% by 2020) capacity deficit.”