As part of our major programme Building recovery: closing the gap, we spoke to Sara Hanrahan, Partner at Lewis Silkin about how we in the built environment sector can use the planning system as a tool to promote fairer cities. 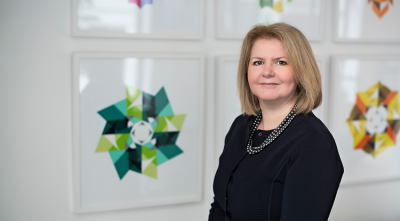 When it comes to new development, Section 106 is the main mechanism that local authorities have to reduce inequalities and maximise the benefit for local people. This includes, for example, developers providing affordable homes, new schools or cycle routes. Affordable housing is the most obvious link between S106 and equality impacts.

However, Sara warns that S106 leaves things “up for grabs”. Agreements can be vague or due to the time between signing the agreement and implementing the mitigation agreed, it can sometimes mean measures do not go far enough. The detail after the agreement is agreed determines the impact a development will have on inequalities, and can depend on the negotiation skills of the team within the local authority or other consultees.

The government’s Planning for the Future white paper released in 2020 proposed scrapping S106 and replacing it with a zoning mechanism and a new form of the Community Infrastructure Levy (CIL), which would effectively be a payment to local authorities for amenities such as public space affordable housing. Although planners and developers recognise that S106 can sometimes slow down delivery, this proposal set alarm bells ringing.

The zoning approach assumed that any given community would come forward at the plan making stage and provide their views on what was right for their area and where funds should be directed. This assumed a level of knowledge, understanding and engagement with the planning process that rarely exists. If the zoning approach were to be taken forward, it would require a much more proactive approach from local authorities and others involved in placemaking. The process would need to be accessible and creative so it is worthwhile for communities and results in the critical infrastructure needed.

“If zoning were to go ahead, communities would be hugely disadvantaged..”

Sara is hearing from clients that they also have concerns about the new First Homes scheme. First Homes demands 25% of a scheme is sold at an affordable market sale price. Whilst this might help young buyers to get on the property ladder, it is unlikely to have much of an impact on equality because it might be at the expense of the proportion of affordable rented homes – developers may use First Homes to satisfy their affordable housing requirement within their development, rather than using a range of different types of mechanism. Even a discounted home for private sale will likely be out of reach for many; recent analysis by the Guardian found that a couple with a combined salary of £94,000 would be unable to afford a mortgage in 13 boroughs in London.

With regard to permitted development rights, there have been some concerns that adding new floors onto a building and changing uses from, for example, an office to a residential block without public consultation could lead to issues with minimum living space and natural light. These are more likely to affect disadvantaged communities who have less choice in where they live. The government has now responded – adding new requirements on natural light and minimum space, which is encouraging.

We are in a hiatus at the moment, as the government’s planning bill was expected this Autumn and is now on hold. Sara feels that we must assume the existing system will continue and that as such, developers, local authorities and consultants need to look at how we maximise the benefits of the system to address inequalities.

The government’s priority right now is levelling up. There’s an opportunity for this angle to be taken within each individual development – using the planning system as a tool to support existing communities, rather than widen the gap. Here’s how Sara thinks we can make equality gains from the system:

It remains to be seen if planning changes will come to fruition, and what impact these will have on a fair and inclusive recovery. There is certainly potential, given the levelling up agenda, for all of us to maximise the planning system to address inequalities in our cities. As Sara puts it, “it’s up to us to advocate approaches which put community voice front and centre”.